Jack Flavell was a mainstay of Worcestershire when they won their first two championships in 1964 and 1965. Jack Flavell was born on 15 May 1929 in Wall Heath, Staffordshire. He was unable to repeat his county success, was called upon by England. Jack Flavell played 4 test matches for England against Australia in 1961 and 1964. He only manages to take 7 wickets at an average of 52.42.

He was considered by contemporaries to be one of the quickest bowlers in the country in the 1950s. But he was prone to be erratic. In later years, he cut down on his pace and concentrated on his control to good effect. He performed three hat tricks in his career and three took nine wickets in an innings. Jack Flavell was named Wisden Cricketer of the Year in 1965.

He was prone to injuries, but his wholehearted approach was in 1961 when he headed the national averages with 171 wickets at a brilliant average of 17.79. But his contributions to Worcestershire’s first two titles, which he had managed to pick 101 wickets in 1964 and 132 wickets in the following year of 1965, made him a hero at New Road. 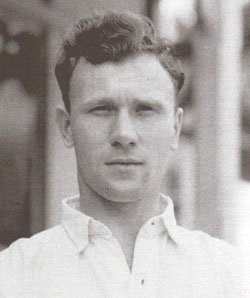 Jack Flavell was also keen to play football for West Bromwich Albion and Walsall. After retiring, he became the landlord of a pub. Jack Flavell was a russet-haired right-arm fast bowler who contributed over 100 wickets to each of Worcestershire’s first two championships but achieved little during his few excursions into Test Cricket. Jack Flavell began earning himself the nickname of ‘Mad Jack’. He was a little average height of 5ft 10in, but muscular and determined. Flavell was initially one of the quickest bowlers on the county scenes. His control was rather erratic until he sacrificed a little pace and became far more effective. He made his test debut for England vs. Australia at Manchester’s 4th Test match in 1961. However, his last test match was also against Australia at Leeds in 1964.

He was immense stamina and a wholehearted approach enabled him to overcome several injuries, his unstinting efforts producing some dramatic bursts of wicket-taking, a notable three hat tricks, and a trio of nine wickets analyses. His hat trick was against Kent in 1951, Cambridge University in 1953, and Lancashire in 1963. He was a left-hander tail-end batsman of no great ambition.

He took 100 wickets in a season eight times and went on two overseas tours to Zimbabwe in 1964-65 and the West Indies in 1965-66, on both occasions with Worcestershire. Jack Flavell, former England and Worcestershire fast bowler died suddenly at his home at Barmouth 25 Feb 2004 in Barmouth, Gwynedd at the age of 74.

Unsurpassable Feat – Most Consecutive Maiden Overs in a Test Match...