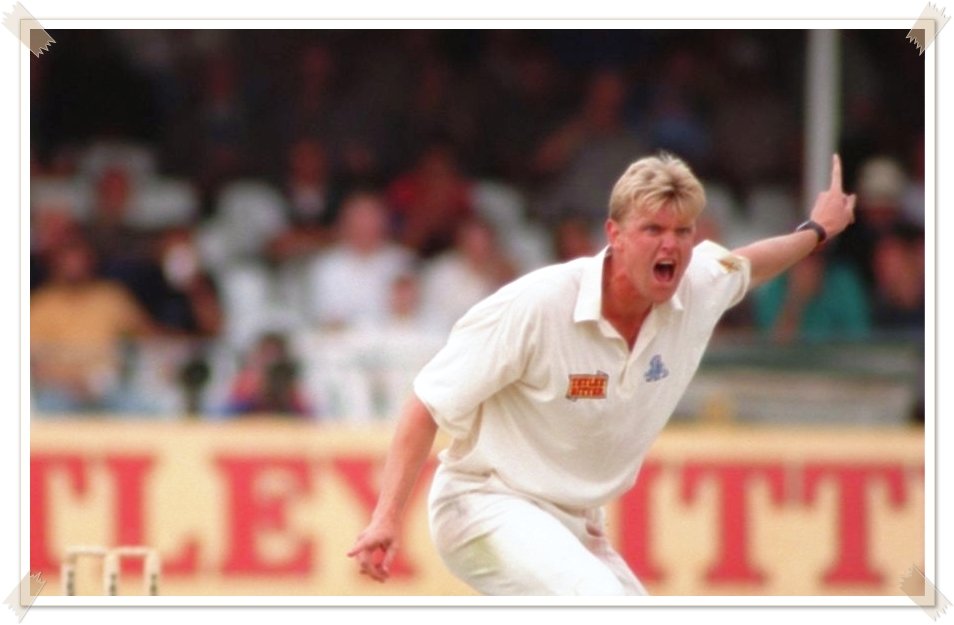 In English county cricket, he was associated with Lancashire for his entire career. Although his key ability is fast bowling, as a lower-order batsman, he contributed runs in a difficult situation and record two first-class centuries. In English county, he has rarely down his standards and play a pivotal role in his club success during his time.

In 1995, Peter Martin was picked for the England side to face the West Indies for the ODI series. On 26 May 1995, in the 2nd ODI at the Oval, he made his ODI debut with the bang of 4 for 44 to help England beat the West Indies by 25 runs and took the player of the match award. That was a fantastic start for any bowler to leave a solid impression on the ECB selectors. He took his first ODI wicket of Sherwin Campbell’s catch by Graham Thorpe. The other three wickets of Brian Lara, Jimmy Adams, and Curtly Ambrose. Also, in the 3rd ODI at Lord’s, he also captured 2 for 36.

His success in the ODI series earned a call for the South Africa tour and later on he was a member of the England squad for the Cricket World Cup 1996 held in India, Pakistan, and Sri Lanka.  His best performance was 3 for 33 against South Africa at Rawalpindi. Unfortunately, he didn’t perform well in the ICC prestigious event on the slow track of the subcontinent.

Eventually, he was dropped and did not play too many matches for England.  After two years of gap, he was again selected for England in the 1998 ICC Knock Out tournament held in Bangladesh. It was a sad moment for him, as he didn’t pick a single wicket in the three matches he played and conceded 47, 60, and 55 runs.  In 1996, surprisingly his average is the highest for Lancashire and England, scored just 78 runs in 12 innings and unbeaten 11 times with the top score of 35*, so mounting his average of 78.00.

Peter Martin’s impressive performance opens the door for him to play Test cricket. That was indeed a great moment of his life. He made his Test debut against West Indies in the First Test at Leeds. In the batting, he just managed to score 2 and 19 and took 1 for 48 and 1 for 49. In the 2nd Test at Lord’s, he took 2 for 65. In the third Test at Birmingham, he just manages to get a solitary wicket for 49 runs.

Peter Martin scored two first-class centuries. The first hundred, 133, when he scored against Durham in 1992. Therefore, after a long time, he again enhanced his credibility in the batting department by scoring 117 runs at No 10 against Warwickshire in 2002.

Peter Martin loves to play for Lancashire, and he devoted his entire career for Lancashire in all formats from 1989 until his retirement in 2004. Peter Martin grabbed more than 600 first-class wickets under his belt and 353 List-A wickets. His continuous knee injury forces him to call his day from all formats of the game. That was a difficult decision for him. But every player has to take such a type of decision in life to move forward. Thus, he retired in 2004, and his sturdiness and control proving impossible to replicate in Lancashire cricket history.

Peter Martin is an enthusiastic fan of painting and drawing and has a good reputation in the commercial market. You can buy his paintings or view them on his website – Further, he is a local cricket club coach at Lancashire and passed Levels I, II, and III coaching certificates.

Mr Devotor - March 18, 2022
0
For almost three-quarters of a century, he was at the forefront of New Zealand cricket as a player, captain, selector, and manager. The three...