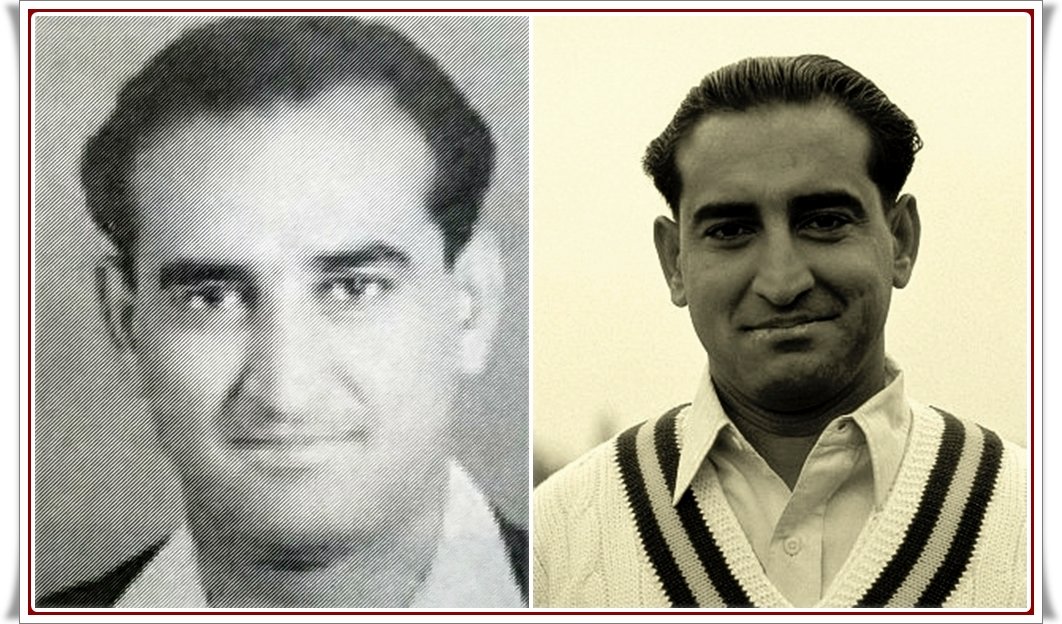 Shujauddin one of Pakistan’s pioneering Test cricketers has died. A gritty right-handed middle order, lower order, or opening batsman. Also an economical slow left-arm orthodox bowler and useful fielder in the close-in regions. Shujauddin Butt breathed his last in London in England on February 7, 2006. Which had become his second home several years ago?

He was certainly one of the most loved of Pakistan’s Test cricketers. Though with a modest all-round career record. Shujauddin appeared in 19 Test matches from 1954 to 1962, scoring 395 runs at an average of 15.19 with the highest score of 47. Butt held eight catches and took 20 wickets at 40.05 apiece with the best figure of 3 for 18.

He was born in Lahore in 1930 and broke into first-class cricket in 1946-47. As a 16 years old before partition for Northern India. In a career that lasted until the end of 1969-70. He played for Punjab University, Bahawalpur, Rawalpindi, and the Combined Services. Shujauddin played 101 first-class matches, scoring 3,490 runs at an average of 25.28, and held 69 catches. It also captured 319 wickets at only 21.98 runs each. He made six hundred, the highest score being a knock of 147 and had best inning bowling figures of 8 for 53.

Having joined the Pakistan Army in its public relations wing. Shujauddin rose to the rank of Lieutenant-Colonel and was taken the prisoner in the Indo-Pak War of 1971. He was a member of Pakistan’s famous tour to England in 1954. But after that, he was ignored for Pakistan’s first official series in India in 1952-53. Butt took 68 wickets at 28.42 in the first-class matches.

His best season at home was in 1961-62 when he again captured 68 wickets but at a mere 15.22 runs apiece. Shujauddin also made the Pakistan team’s tour of India in 1960-61 and although he topped the bowling average with 21 wickets at 18.52 each. He was not chosen for any of the five-Test matches.

Furthermore, he was a very coal manager of the Pakistan team on its tour of Australia and West Indies in 1976-77. Shuja also wrote a couple of important books on the history of Pakistan cricket.

Shujauddin helped Pakistan establish itself on the world cricket map in her formative years of cricket history. He was a dour right-handed batsman who bowled orthodox slow left-arm spinners mixing them with Chinamen. Shuja had the distinction to represent Pakistan in the country’s inaugural representative active match at the international level played against the West Indies in 1948 at Lahore.

Later he was also instrumental in Pakistan’s famous victories against England at The Oval in 1954. Then against New Zealand at Karachi in 1955-56 and against the West Indies at Karachi and Dacca in 1958-59. But it was a season later when Shujauddin gave the most memorable performance of his career when he played that invaluable characteristic inning of 45 in 318 minutes against Australia at Lahore in 195-60.

Pakistan had collapsed in the first innings and skipper Imtiaz Ahmed reposed confidence in him and sent him two down to dourly defend and stay at the wicket. Shuja dead batted ball after ball and stubbornly stood there for over five hours and added 169 runs with Saeed Ahmed for the third wicket.

Such was his patience that he took 65 minutes to score his first run. His patience knock is amongst the slowest innings ever in Test cricket history. Ironically, his monumental feat narrowly failed to save Pakistan from defeat in that Test.

In the early part of his career, Shuja first came to the limelight when he notched up a classic century 112 for the Combined Universities against the visiting MCC team in Pakistan in 1951-52 in a two-day non-first-class match. Though, he was not included in the Pakistan team to tour India in 1952. But he gave an excellent performance tour of England in 1954.

His contribution with the bat at the Oval though small was immense value on the outcome of the match. He came at the No.9 with the score at 51 for seven in the first innings. Fazal Mahmood was soon out to make it 77 for eight but the last three men – Zulfiqar Ahmed, Shujauddin, and Mahmood Hussain added 56 runs to raise the total of 133. Shuja batted almost two hours for 16 not out.

Shuja in the second innings opened with Hanif Muhammad and again batted steadily. One this tour he was third only to Fazal Mehmood and Mahmood Hussain in the number of wickets claimed 68. That was only skipper Abdul Hafeez Kardar and Maqsood Ahmed held more catches than him. Later against the visiting the MCC team in 1956 he scored 147 and claimed 6 for 71 for Pakistan Service at Sargodha and in the first unofficial Test at Lahore took 5 for 33.

Earlier during the visit of New Zealand in 1955-56, he recorded remarkable bowling figures of 33 over’s, 19 maidens 4 wickets for 35 runs, and also scored useful 47 runs. This inning paved the way for Pakistan’s victory at Karachi. He again bowled steadily both in the Lahore and Dacca Tests in that series.

Shuja was not included in the team which played in the solitary Test against Australia at Karachi in 1956 and was also overlooked for the tour of West Indies in 1957-58 for a much younger left-arm spinner Nasim-ul-Ghani. But he again performed creditably well as soon as the opportunity came.

In the low scoring Test match against the visiting team West Indies at Dacca in 1959. He contributed usefully to bring Pakistan victory along with the late Wallis Mathias. Denied a chance to play in Tests on the tour of India in 1960-61 he still topped the tour bowling averages with 21 wickets at 18.52 runs apiece.

Later Shuja also played in Test matches against Ted Dexter’s England team which visited Pakistan in 1961-62 and bowled economical long spells at Dacca and Karachi. He was then in his peak form and had claimed 48 wickets in Quaid-e-Azam Trophy Championship matches in 1961-62.

Shujauddin was also one of the choices to lead Pakistan on the tour of England in 1962 which ultimately was led by Javed Burki and resulted in ill-fated. Shuja also led the Pakistan Eaglets to England in 1957. His career spanned over eight years and 19 Test matches between 1954 to 1962.

After his retirement from first-class cricket, he served the cause of Pakistan cricket admirably in various capacities. He was the manager of the Pakistan team that toured Australia and West Indies in 1976-77. I also worked for Pakistan International Airlines (PIA) for many years in a senior capacity and was also employed by the Pakistan Cricket Board as their cricket analyst and in charge of the library and archives. He will be long remembered as fighting gusty cricketer.

Mr Devotor - February 2, 2022
0
Arjuna Ranatunga then Sri Lanka captain was flying high in the 1995-96 seasons. He is seen in the picture batting in a Test match...

Ben Hollioake – A Star Which Could Not Shine