AIf Valentine, who has died in America at the age of 74, was a vital cog in the first great West Indian team. The one left-arm bowler that shocked England side in 1950 by winning the series 3-1. England had been forewarned about the Three Ws – Frank Worrell, Everton Weekes and Clyde Walcott — who formed the batting spine of that strong 1950 side.

But they hadn’t expected to have to contend with two contrasting top-class spinners as well. It was some of the most inspired selection by any Test side. Before the tour Valentine, who turned 20 shortly after he arrived in England from Jamaica, and Trinidad’s Sonny Ramadhu 21 had played just two first-class matches apiece the trial games for selection. 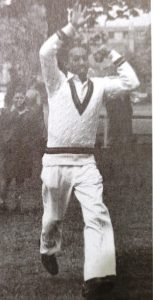 Although they didn’t set the world alight – Alf Valentine took only two wickets, for 190. However, they obviously impressed someone, and were called up for the boat trip to the United Kingdom Valentine was tall, and bowled briskish left-arm spin with a whirling action. He ripped the ball savagely one of his team-mates thought he could probably turn the ball on the glass.

Ramadhin, meanwhile, bowled a mystifying mixture of off-breaks and leg-spinners, with his sleeves, rolled down (and often with his cap firmly in place). They seemed to bowl almost all summer. The 1950 team’s only real weakness was a lack of class in pace bowling, and Ramadhin and Valentine would soon be wheeling away after a few perfunctory new-ball over’s.

Alf Valentine must have drained quite a few bottles of the surgical spirit that he applied to his sore spinning finger after a long spell. It was the same story in the Tests. In the first, at Old Trafford, Valentine marked his debut with 8 for 104 (and 3 for 100), taking the first eight wickets to fall in his first Test.

But this time the batting misfired, and England won comfortably. Then the famous Test at Lord’s that was West Indies’ first win on English soil, at Lord’s too. This match was inspired by a famous calypso about those two little pals of Ramadhin and Valentine.

What shocked MCC members almost more than Ramadhin’s 11 wickets and Valentine’s seven was the sight of West Indian supporters dancing on the hallowed turf after the game, which their side had won by a whopping 326 runs. With Worrell and Weekes running into form West Indies won the series going away At Trent Bridge they put on 558 – Worrell himself made 261 then turned the spin twins loose. 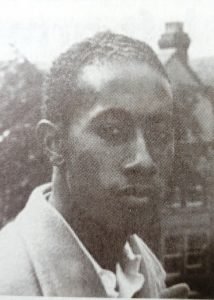 Alf Valentine bowled 92 over’s in the second innings, a record at the time, and took 3 for 140. Ramadhin (who was later to claim that record) claimed 5 for 135 in 81.2. And West Indies wrapped things up at The Oval with an innings win, despite Len Hutton’s double-century. This time Valentine took 10 for 160 — a devastating 6 for 39 in the second innings – to take his series tally to 33 from four Tests, a West Indian record until Malcolm Marshall muscled past it in 1988.

Both spinners were shoo-ins as Wisden Cricketers of the Year, and Leslie Smith’s essay on Valentine probably explains why he was no great shakes as a batsman. He scored no more than 49 runs on the tour without ever reaching double figures. This may have been due to the fact that his eyesight was far from perfect.

He began the tour without spectacles, but midway through the season, another member of the team asked him the score. Valentine said he could not see, despite the scoreboard and the figures being large and clear. Arrangements were then made for him to be supplied with spectacles, which he obtained under the National Insurance Scheme, and he wore them for the rest of the tour.

He used sticking-plaster near the temples to prevent the spectacles slipping, but with or without them Valentine was a fine bowler and an object-lesson to Englishmen in the value of true finger- spin. Even with glasses, Valentine never quite hit such heights in Test cricket again. Although – again over bowled – he did take 24 wickets in Australia in 1951-52.

However, the series the Aussies won 4-1 (it would have been much closer but for an unlikely one-wicket victory in the fourth Test at Melbourne). Illness and injuries began to restrict him, and he played only two Tests in England in 1957, without taking a wicket. Nonetheless, he was the first West Indian bowler to take 100 Test wickets, finishing with 139 at 30.32.

He played in the famous Tied Test at Brisbane in 1960-61, although he only took one wicket. His most important contribution to that match probably came in Wes Hall’s epic final over. One ball was pushed towards mid-on, and Hall scampered over himself and fielded it, and unleashed a wild throw that missed the stumps at the bowler’s end by yards.

Fortunately, Valentine was alert and backed up the throw to stop the overthrows that would have won the game for Australia. But with Lance Gibbs beginning to make his mark – he took three wickets in four balls in the third Test, and a hat trick in the fourth. Alf Valentine’s days were numbered. He toured England in 1963, without playing in a Test, and faded from the scene.

Alf Valentine finished with 475 first-class wickets at 26.21 – with a best of 8 for 26 against Lancashire in 1950 and 470 runs at the average of 5. He played a few seasons for Birmingham League cricket, before moving to America with his second wife in 1978 (his first wife, with whom he had four daughters, had died).

A chance visit to a Sydney care home during that 1960-61 tour had made him want to devote his life to helping underprivileged children, and in America the Valentines were foster parents to a succession of abandoned children, often taking in up to a dozen at a time.

Alf Valentine returned to England in 2000 and joined his old pal Ramadhin – who has lived in Lancashire for many years after playing for them in the ’60s for a testimonial event that was not a great success. He had a stroke a few weeks ago while recovering from a back operation, and spent his last days in a wheelchair. 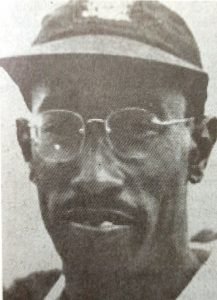 He died at his home in Orlando, Florida, on May 11, just 13 days after his 74th birthday Wisden profile. Alf Valentine was a slim, slow, sharp-turning left-armer with sloping shoulders and spectacles, which he first acquired in England in 1950.

Like his “spin twin” Sonny Ramadhin he started that tour with only two first-class matches under his belt – and finished it as a feared Test bowler, with 33 wickets in four Tests and 123 on the tour overall.

In Australia, in 1951-52 he spun out 24 more Test wickets, and he was well on the way to 100 in what was then a record time for a West Indian spinner, Injury and illness in England in 1957 forced him out for a while, but he returned for the historic 1960-61 tour of Australia.

And he played his part in the Tied Test and finished second in the bowling averages to Wes Hall. He toured England again in 1963, but by then Lance Gibbs was ahead of him in the pecking order. He stayed in England While, playing in the Birmingham League, before moving to America where he died after a prolonged period of ill health. He was 74 at the time of death.

Russell Endean – First Ever Batsman Out Handled the Ball

Aftab Baloch – Twinkled a While and Fading Away