Here are some brief details about Three Ws’ of West Indies cricket as well as their complete Test career record. The Three Ws’ of West Indies cricket has been the greatest ever Test cricketer. Incidentally, they all belonged to Barbados – although they did appear for other Caribbean nations too in first-class cricket. And all made their Test debut in the same series.

CL Walcott and ED Weekes first appeared in a Test match – together, in fact – against England at Bridgetown in 1947-48, which was the first Test of the rubber. FMM Worrell joined them in the second Test played in Port-of-Spain. Of the three, Worrell had the longest Test career, but he died at a very young age of 42 back in 1967.

Sir Everton de Courcy Weekes was born on February 26, 1925. He is very much alive and turned 95 this month. He was a right-hand batsman and occasional leg-break bowler.

Moreover, Walcott and Weekes never captained the West Indies, but Worrell gained fame, recognition, and respect as one of the nation’s finest leaders in his 15-Test tenure from 1960-61 to 1963. He was captain (Richie Benaud was leading Australia) for the first time in December 1960 when the West Indies were involved in the first tied result in a Test match, at Brisbane. He led his team to nine wins overall against only three defeats, in addition to a tie and two draws. 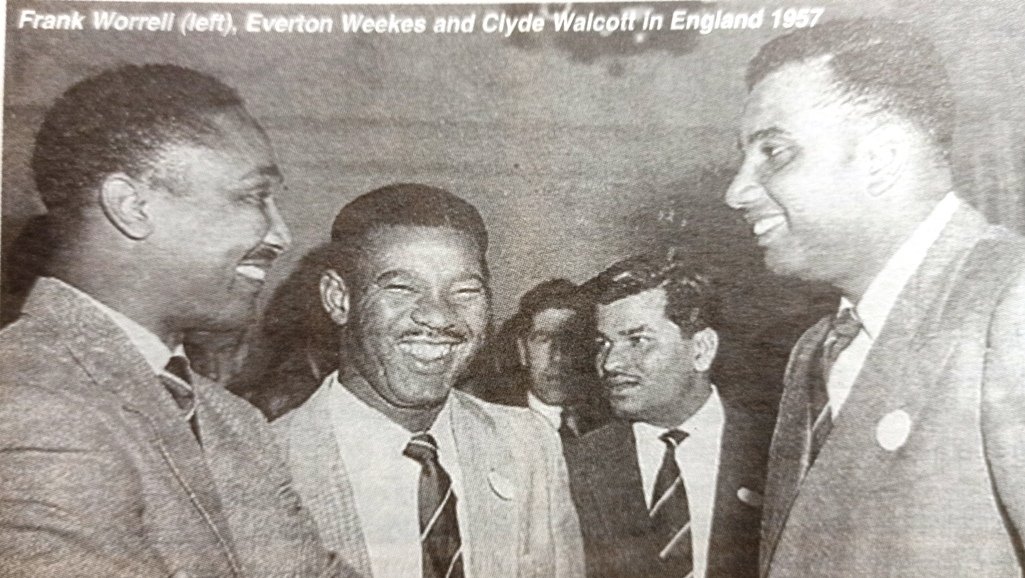