In a County Championship match, Warwickshire vs Durham played on 6 June 1994. CRICKET’S two most prestigious records now belong to Brian Lara. Just seven weeks after making the highest score in Test cricket, the left-handed genius from Trinidad yesterday broke the most famous individual batting record – the biggest first-class score – with 501 not out for Warwickshire.

In five and a half hours’ play on the final day, he made 390 from his own bat, the most ever made in a single day. With the captains agreeing that because of a washout on the third day and a Durham score of 556 for eight declared, further declarations would be unrealistic, Lara was given license to bat all day.

He was 111 not out when play started his seventh hundred in eight innings. He added another 174 before lunch and admitted he had his eyes on Hanif Mohammad’s record score of 499, made for Karachi in 1958-59. However, against a weak and tiring side, but not deliberately charitable Durham attack. Brian Lara broke record after record and at 325 he completed 1,000 runs in seven innings for Warwickshire, a feat hitherto managed only by Sir Donald Bradman on Australia’s 1938 tour.

In the last session Archie MacLaren’s English record of 425 for Lancashire in 1895 fell, and in the final over, with Warwickshire past 800 for the first time ever, Brian Lara drove a ball from John Morris with searing force to the wide mid-off boundary to reach 501. That is indeed incredible innings in the history of first-class cricket. 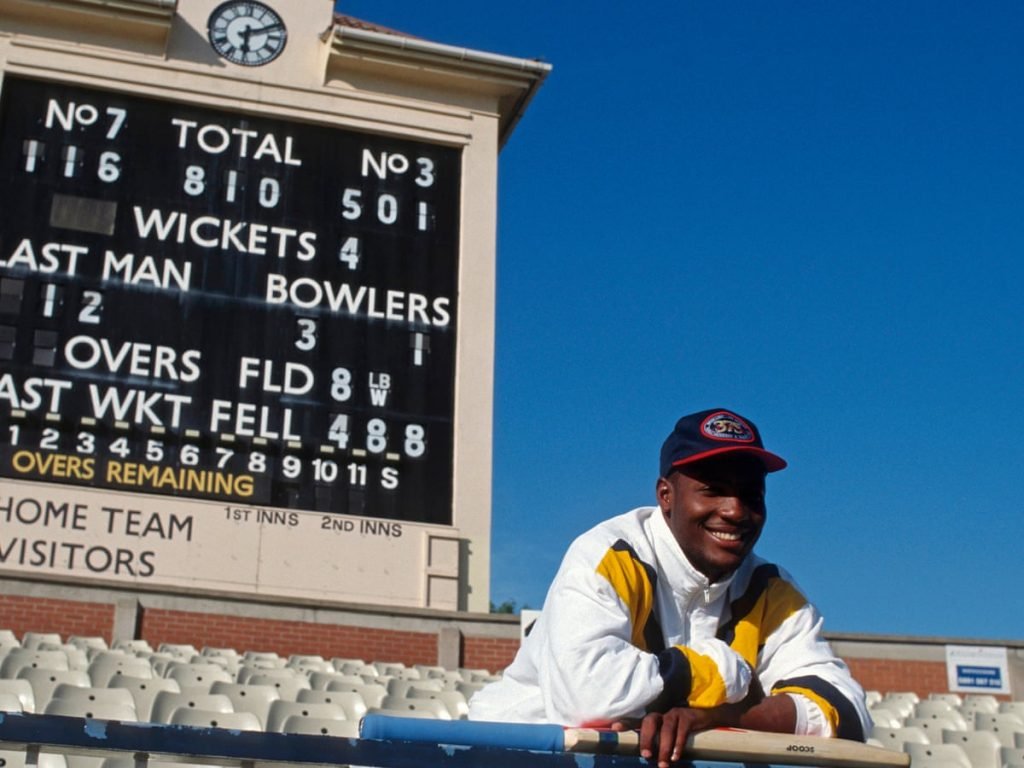 Brian Lara 501 Not Out – Climbs the Highest Peak of First-Class Cricket. Photo Credit – The Guardians

Mr Devotor - December 7, 2022
0
Imran Khan Spell enables Pakistan to win its first-ever Test in Australia at Sydney in 1976-77. With this victory, Pakistan managed to draw the...

Dave Houghton Heroic 142 vs New Zealand at Hyderabad in 1987