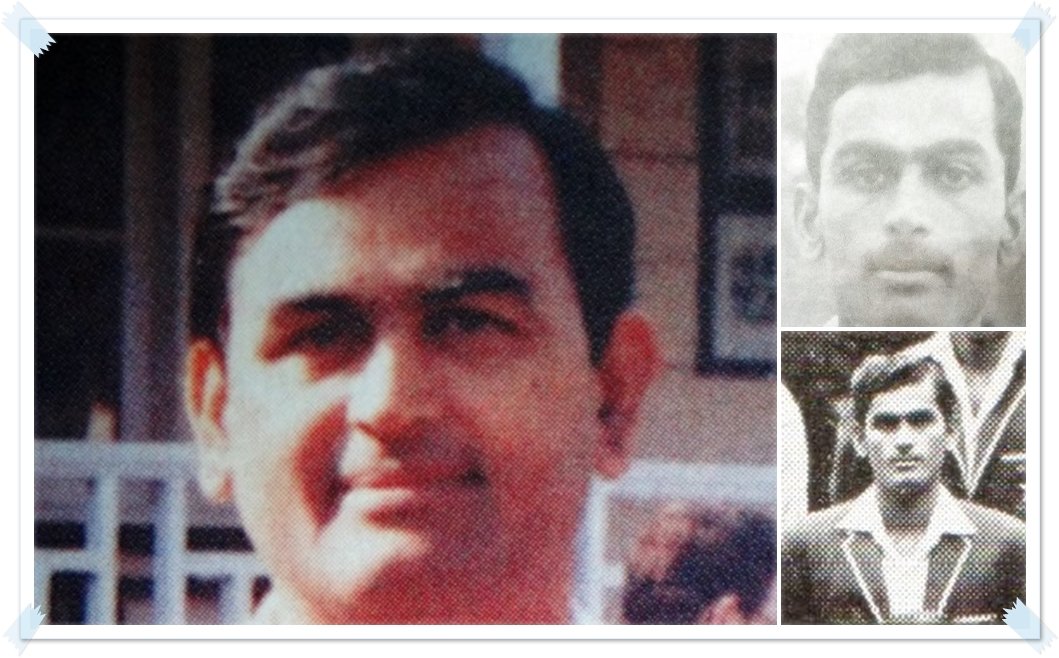 Niaz Ahmed Siddiqi, born in Benares (now Varanasi) in the United Province of Uttar Pradesh, India on Nov 11, 1945.  He made his first-class debut in a Quaid-e-Azam Trophy Championship match for Dacca against Karachi Whites. Niaz’s took 3 for 56 in 18 overs. He was the only indigenous cricketer from former East Pakistan (Now Bangladesh) to have played Test Cricket.

Niaz Ahmad was Bengali-speaking East Pakistani though, but he had lived in Dacca since he was a tiny tot and thus was a true representative of the eastern province of the country. He remains the only one with this distinction. A right-arm fast-medium bowler from Dacca who had settled in Karachi. Niaz Ahmed was the 11th Pakistani Test Cricketer to has died. He was aged 4 and has left behind a widow and two sons to mourn his loss. 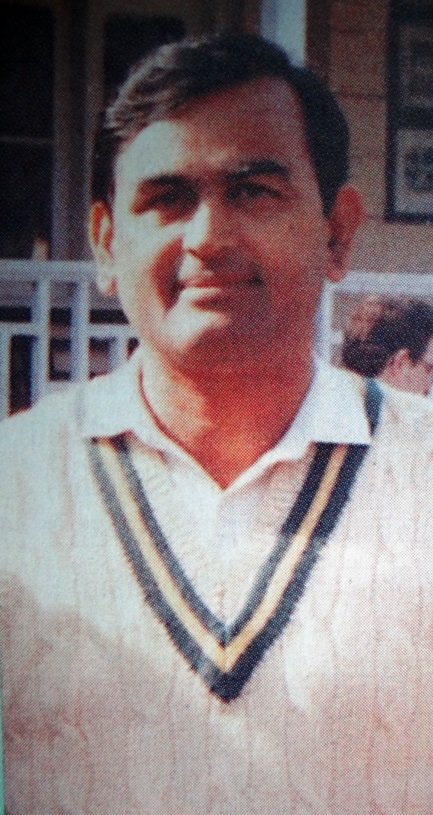 Niaz Ahmad appeared in two test matches for Pakistan in the late 1960s, an era which was generally dominated by spin bowlers but in spite of the moderate figures that he attained in his rather brief career was, in fact, a bowler slightly above the ordinary. Unfortunately, his opportunities were limited, and he was unable to show his true worth before simply fading away.

In Christopher Martin-Jenkins’s World Cricketers A Biographical Dictionary, Niaz Ahmed has been described as “a competent right-arm fast-medium bowler and late order batsman who could drive fearlessly and snick luckily. He appeared in one Test on the 1967 tour of England, but his performance was very moderate, that’s not entirely correct. Niaz Ahmad displays on the England tour his only one abroad with Pakistan has to be viewed from the proper perspective. In an outfit that depended mainly on its two front-line spinners, leg-break bowler Intikhab Alam and left-arm spinner Pervez Sajjad. The steamer only played a secondary role throughout the trip. Saleem Altaf was Pakistan’s fastest bowler, missed several matches due to injury, Asif Iqbal proved rather expensive and Majid Khan concentrated more on his batting, and Arif Butt failed miserably.

In England conditions Niaz’s tour haul of 25 wickets although a trifle costly at 34.52 runs apiece was third only to Intikhab’s 35 wickets and Pervez’s 34, and should have put him forward as one of the England trip’s big successes. But as it turned out afterward, Niaz Ahmad had already been thrust in the background.

In the first place, however, his selection for the tour of England came as a sort of surprise. IN two brief domestic seasons, he had made barely five appearances at the first-class level and taken a mere seven wickets only. He had bowled usefully in national tournaments though and, apparently, also managed to impress the selectors when he was chosen to play for Pakistan against England in the 196-67 under 25 team’s series.

He represented Pakistan under-25s in the second unofficial Test of the three-match series in his hometown Dacca and started by dismissing England wicketkeeper Alan Knott. On his maiden first-class appearance in England, the 22 years old Niaz Ahmed captured 5 for 8 in 43 overs in Kent’s only innings at Canterbury. It was a memorable performance for him, as this remained the only five-wicket haul of his career. Then he excelled in the role of a batsman in the game against the Minor Counties at Swindon.

In a rain-hit fixture, Pakistan slumped to 94 for 9 in their second inning. At this stage, last man Niaz Ahmad and all-rounder Salahuddin proceeded to add 124 runs for the 10th wicket stand. Niaz Ahmad remained unbeaten with 69 to his name. This was completely turned around the situation and Minor Counties were all out 173 need 197 to win. Pakistan wins the first match on this tour.

Saleem Altaf was out of the test match due to a torn muscle at Lord’s. Niaz Ahmad got his chance in the second match at Trent Bridge, Nottingham. He had bowled impressively in the previous tour game against Glamorgan, taking 2 for 69 and 2 for 12, and deserved to make his Test debut finally. Niaz Ahmad did well on his credit by taking 2 for 72 off his 37 overs and looked the part with his swinging deliveries on a wicket that was receptive to his kind of bowling.

Niaz Ahmad also played in the third Test at Oval, meanwhile, had continued to bowl usefully and ended the tour with a lot of credit. But his performance didn’t appear to ensure a reasonably long career for him. On his return from England, Niaz retained his position as the most prominent national cricket player from his part of the world. Niaz Ahmad found some time to show off his batting skills. In the 1969-70 Ayub Trophy Championship match against Bahawalpur, he hit a career-best 71 not out at number 8. 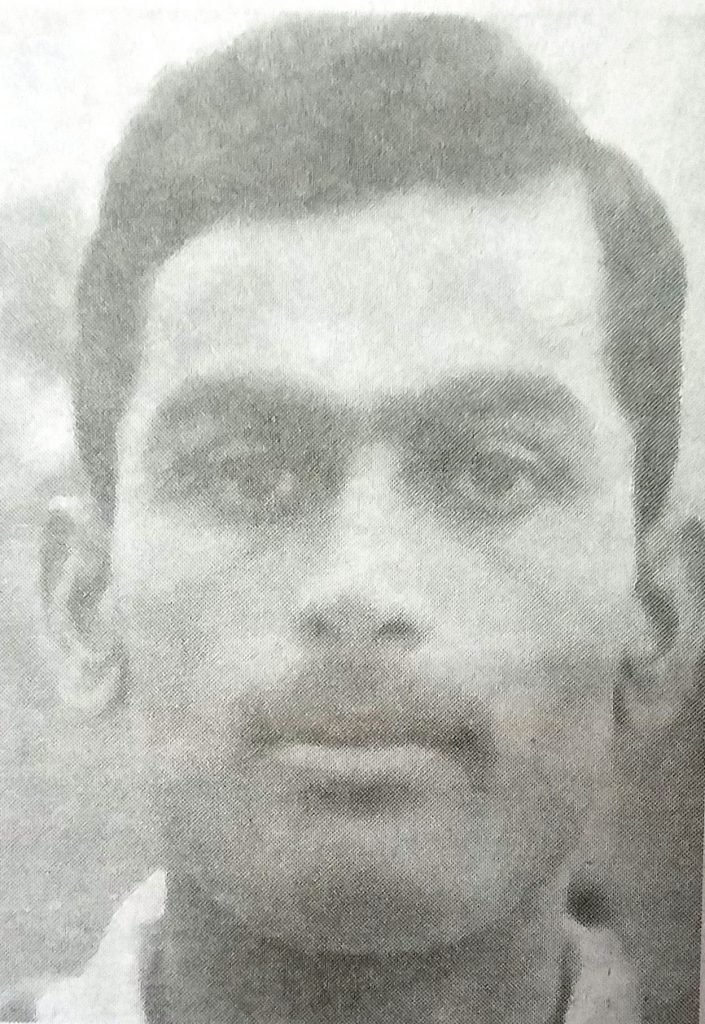 Niaz Ahmad pursued the trade of pace bowling in a spin-dominated era can easily be judged from the fact that following his second test appearance. He bowled a mere 210 overs in 14 first-class matches and managed to take just 11 wickets at almost 60 runs apiece. He remained an active figure in the promotion of Karachi cricket till the day he died. Niaz Ahmad opted to shift to Karachi after Bangladesh became an independent nation in 1971. He was a qualified engineer and at the time of his death, he was working in a responsible position in the PAK Suzuki motor manufacturing concern. He was died in Karachi on April 12, 2000, due to sudden cardiac arrest. His Test match captain Hanif Muhammad particularly remembers his swing bowling. He described him as a real gentleman and an always smiling cricketer. In his two tests, Niaz had three unbeaten innings of 0, 1, and 16. He held one catch and took three wickets for 94 runs, with the best of 2 for 72. In 39 first-class matches, he scored 466 runs at an average of 14.56 with the highest of 71*. He held 31 catches and captured 62 wickets, an average of 38.45 with a career-best of 5 for 86.

Mr Devotor - January 26, 2022
0
There was a heroic dimension to Len Hutton career that was not always evident even with some of England’s other very great batsmen. He...

Russell Endean – First Ever Batsman Out Handled the Ball

Qasim Umer – What a Talent he Was?