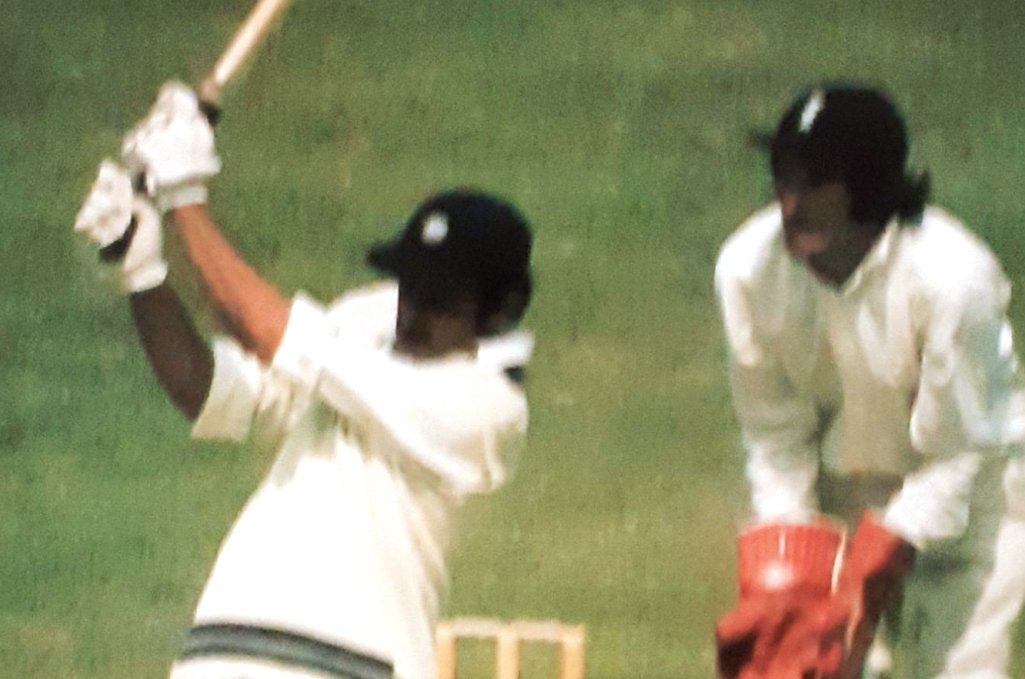 Ajit Wadekar – Led India to First-Ever Series Wins in Eng & West Indies. The dressing room was very quiet. Not a word was said as he came in and sat down. He removed his cap and took off his gloves and leg guards. He stretched his legs, shook his head slowly from side to side. Not only that, but he sat staring straight ahead for some time. Then he came to a sudden decision. He jumped onto the massage table, had a quick furtive look at the game going on out in the middle, and went to sleep.

The man was Ajit Wadekar, India’s skipper, and the occasion was the final Test, at The Oval, in 1971. He had just been run out first thing in the morning without a run being added to India’s overnight score of 95 for two. India, needing another 80 runs to win, very badly wanted Wadekar to stay and guide them to victory. As it turned out, India that day did without Wadekar’s batsmanship and his confidence in his own batsmen was completely justified. Permanent frown as he is cool, very cool. I have yet to see him fly off the handle.

Even in a crisis, he keeps his wits about him and the only thing that gives him away is the frown. He wears on his face. In India, a captain is under tremendous pressure. Not only are thousands of spectators judging his every move, but the Press, many of whom have never even played club cricket, are just waiting to pounce on him and tear him to pieces. He knows this and so the frown has A. L. Wadekar: 34 Tests for India, 2031 runs, two series victories over England come to stay and the image of the projects is that of a grim, humorless person. Which he is not.

In the Bombay Test a year ago, Ajit Wadekar and Farokh Engineer were going great guns. Tony Greig bowled four balls to Ajit wide down the offside. Ajit pretended to take out the off stump and stick it in where Greig had bowled the earlier balls. Greig’s reaction was typical, and he bowled the next ball even wider. When Greig turned to bowl the last ball, he found Ajit taking guard outside the off-stump! Then there was the instance during a question-answer series when he was asked who he thought would succeed him as India’s skipper. Pat came to the reply: ‘My son, of course.’

Captaincy results Standing next to him for Bombay and India has given me a fairly good idea as to how his mind works. He’s been accused of being a defensive skipper. Quite frankly, I don’t think he is. When a man has a limited batting line-up, no pace bowlers, just spinners, and four out-standing fielders in the close positions, one can’t expect him to take chances. True, he doesn’t bring to captaincy the dash and verve of Ian Chappell or the lazy elegance of Mansur Ali Pataudi. But he has got results and that’s what counts. I don’t exactly remember when I first met him. But I do remember the first time I was the twelfth man for Bombay. Ajit broke his bat and signaled another. 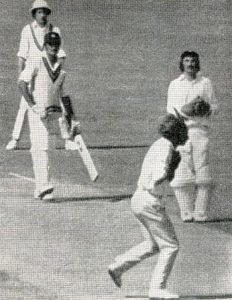 After frantically searching in his bag for another one that was not there, I carried my own bat along with a few others. Ajit picked my bat and banged the first three balls away for scorching boundaries and was caught behind off the fourth, for 164. He came back, sat in his favorite corner of the dressing room, and returned the bat. Very timidly, I said: ‘The bat didn’t bring you luck.’ He simply said: ‘Yes, but those three shots were the best shots of the innings.’ Modest, he has always been. He has seldom singled out any player for praise but has always insisted that teamwork is vital for victory.

He has himself promoted team spirit by being approachable by any player at any time for advice. Not only that, but he has sought the advice of elders as well as juniors; thought it over, and acted upon his own conviction.

Household name Today, Ajit Wadekar is a household name in India. When he drives around Bombay in his sea-green Fiat, people recognize him as easily as they would a film star. Indian cricket today revolves around Ajit Wadekar. He has a tough task ahead of him since he has been hailed as the victorious captain, the man who ushered in a new era in Indian cricket.

His time nowadays is mainly taken up by his public relations job with the State Bank of India and by his little son Prasad, as the Wadekars were blessed with a son after seven years of marriage. Even a week’s absence away from his son is enough to make Ajit restless and long to get home. And this, more than anything else, I am sure, may make Ajit quits international cricket, despite having years of good cricket left in him.

Mr Devotor - November 1, 2021
0
Almost 50 years ago, since he played in the last of his six Test matches for Pakistan. It is difficult to ascertain where exactly...