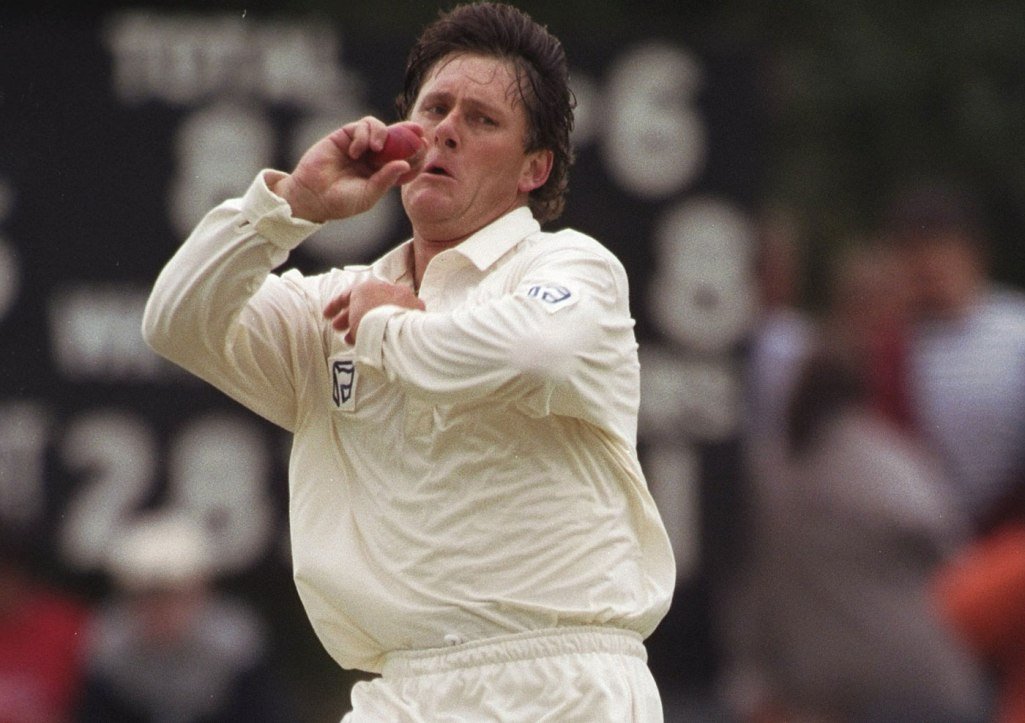 Brian McMillan was born on 22 December 1963 in Welkom, Orange Free State, and grew up in Carletonville. He had appeared for South Africa in 38 Test matches and 78 One Day Internationals from 1991 to 1998. In the mid-1990s, Brian McMillan was rated the best all-rounder in the world. Hence, he won prestigious South African Cricket Annual Cricketer of the Year awards in 1991 and 1996. South Africa was lucky to have many all-rounders in that era. But he was prominent due to his consistent performance.

Brian McMillan was a right-handed batsman who can bowl right-arm medium-pace bowling with a decent pace. Also, he was considered a very safe slip fielder. The big man holds the highest percentage of catches per Test for an outfielder in South Africa Test cricket history. He often gets an unsettling bounce with his medium-fast steady bowling, with a sound defensive batting technique. He was unique, cool, and calm, and served him very constantly and earned an off & one promotion in the top order. Brian McMillan was an amazingly agile slip fielder with his bulky body.

In November 1992, Brian McMillan started his international career against India at Durban at home. That was a historic moment for him, as South Africa’s first home Test match in more than 20 years. He made only 3 runs in the first innings before Prabhakar took the catch off Shastri’s bowling. McMillan took 3 for 52 and left a good impression on selectors, who were looking to rebuild the South African Cricket team. He was a very important member of the South African cricket team post their re-admittance to world cricket in 1991. Brian McMillan always keeps himself in the most positive sense.

Whenever South Africa required a wicket, he produced the breakthrough. His captain Kepler Wessels’s first observation after an epic match at Bridgetown in 1991-92, where South Africa was wrecked by West Indies fast bowler “We needed Big Mac,” who was injured before the tour. In 1994, South Africa toured England, where he produced a brilliant knock of 78 runs at Headingley and 93 at the Oval.

Against Pakistan, in 1994-95 at Johannesburg, he scored a brilliant hundred (113 runs) and took 4 wickets. McMillan continued his good form against Zimbabwe at Harare, scoring 98 Not out and made another hundred against England at Johannesburg, and took 5 wickets. Probably the saddest moment of his career, when he was on the crease along with Dave Richardson.

South Africa was on the winning notch against England in the semifinal of the 1992 world cup, when the rain came and the rest of everything remained in the history of cricket. McMillan scored 21 not out and took 1-47 would surely have steered his side to victory had rain not cost them vital overs.

He played cricket for many domestic teams. He spent a season with Warwickshire in 1986. Not only that, but he also represented Transvaal for four seasons from 1984-85 to 1988-89, and Western Province from 1989-90 until his retirement in the 1999-00 season. He last appeared for South Africa in the 5th Test Match against England at The Oval in 1998.

In the final Test match, he scored 7 & 54 but didn’t get any wickets. After retirement, McMillan has also been a professional teacher at Durban university. Presently heads an office automation firm in Cape Town. Brian McMillan will be remembered in the history of South Africa Cricket.

Mr Devotor - October 16, 2021
0
Pakistan Cricketer Muhammad Ebrahim Ghazali has known simply as Muhammad Ghazali or by his nickname “Ibbu”. He played in his only two test matches...