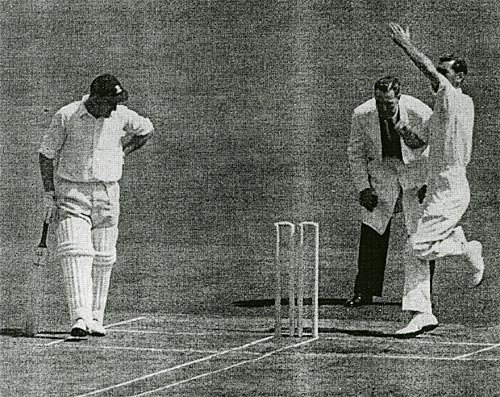 Derek Shackleton, who played 7 test matches for England and took a record 2,669 wickets for Hampshire. He was born on August 12, 1924, in Todmorden Lancashire, United Kingdom. Only six men have taken more wickets than his total first-class haul of 2,857.

Derek Shackleton was a medium pace seam bowler who was not fast but metronomic in his accuracy. Who was desperately unlucky not to have been called on more by England? Unfortunately for him, he played in an era when Alec Bedser, Fred Trueman, and others were dominated.

Derek Shackleton was shrewdly varied and utterly accurate, wrote by John Arlott. He was beating down as unremittingly as February rain.  Shackleton was also economical conceding fewer than two runs an over. Initially, he relied on the late outswing, but he later developed an equally late inswinger, and he could also cut the ball either way off the pitch. 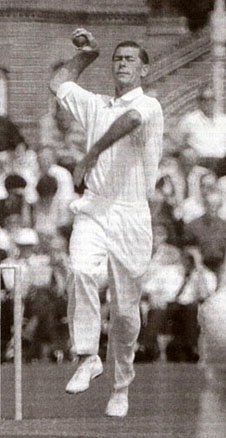 His seven tests came in two bursts separated by almost 12 years, but he was not as penetrative at the highest level. His hidden talent was soon recognized, and he played his first Test against the West Indies in 1950. He played once in 1950 and 1951 and then toured India in 1951-52, finishing with the most wickets but only one more Test. He had to wait until 1963 for a recall, taking 14 wickets at 34.53 against West Indies, including 3 for 93 and the best 4 for 92 at Lord’s. Derek Shackleton made his test debut for Hampshire, who spotted him while he was playing services cricket. In 1948, he was taken on as a batsman who bowled occasional leg-spin. Bereft of quick bowlers, Hampshire asked him to give it a try. Shackleton took 21 wickets in his first season and a hundred in his second season.

In a career that lasted until 1969, he took 100 wickets in a season 20 times consecutively. His haul of 172 in 1962 a year after he had helped the county to their first Championship title. Being the best few bowlers have got through so many overs and those that have been spinners. He was really an impressive personality on the/off the field. And fairly tall, good-looking with neat dark wavy hair, always looks clean-cut and immaculate.

In 1955, Shackleton took match figures of 14 for 29 against Somerset. Which includes the famous 8 for 4 in their first inning? In 1950, he took five wickets in nine balls for no runs. But not including a hat trick, that was about the only achievement that eluded him.

He was a useful footballer, on the books of Burnley F.C. as a goalkeeper in 1943. However, to his great love for cricket, he dropped his soccer passion. He died on September 27, 2007, at the age of 83. His son Julian Shackleton also played first-class for Yorkshire in the mid-1970s.

Mr Devotor - March 27, 2022
0
Jayasuriya hit a masterful 99 to set up Sri Lanka's 121-run victory over India in the day-night final of the Coca-Cola Cup triangular one-day...