Norman Mandy Mitchell-Innes England’s oldest surviving Test cricketer, died on December 28, 2006, at the age of 92. He was the last England cricketer who played a Test before the Second World War, and his death left the 89-year-old Ken Cranston as the oldest living England cricketer.

Cranston himself died only eleven days later. Mitchell-Innes, who was universally known as Mandy, played his one and only Test against South Africa in 1935, as an Oxford undergraduate. He made his debut for Somerset while still a schoolboy at Sedburgh and was a prolific run gatherer for his university.

Between 1934 and 1937 he scored a record 3,319 runs at an average of 47.41, and it was during this run of remarkable form that he caught the eye of the England selectors. Against the touring South Africans in 1935, he struck a brilliant 168 for his university in front of Plum Warner and was subsequently chosen for the Trent Bridge Test.

He made only 5 but was retained for the second Test at Lord’s. However, hay fever forced him to withdraw. “I might be sneezing just as a catch came in the slips,” he wrote to Warner He joined up with the Oxford side at The Oval and scored another remarkable hundred against Surrey. He never got another chance to play for England. 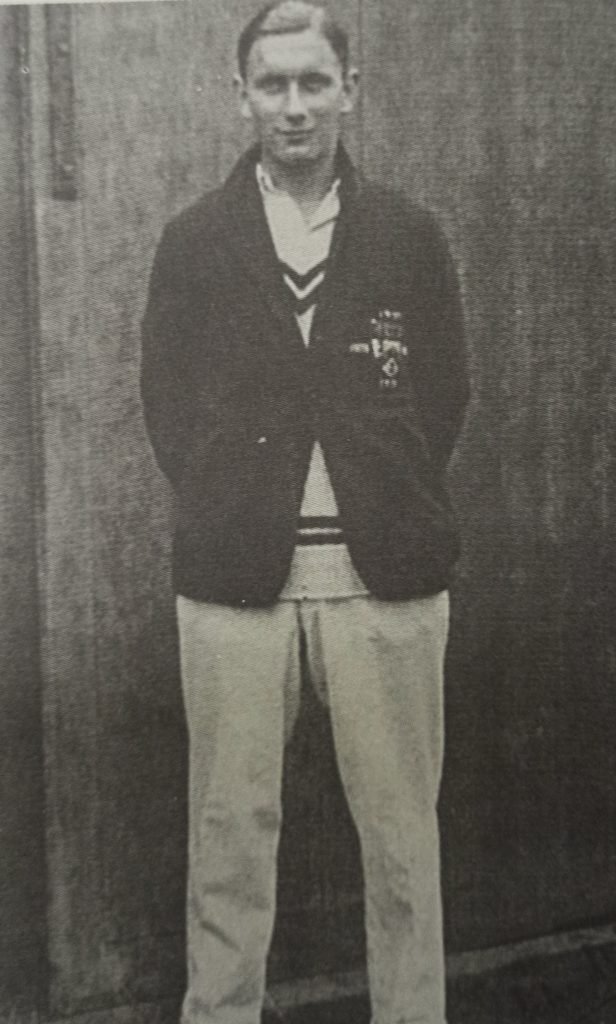 In 1935-36 he toured Australia and New Zealand with the MCC, struggling with the bat, and the following summer he captained Oxford and enjoyed the best of his four Varsity matches scoring 43 and 84 at the top of the order, although it was in a losing cause. He also captained the university golf team. In 1936, he had a good summer with Somerset, but his career effectively ended when he joined the Sudan Political Service on leaving Oxford in 1937. He did play a few games when on annual leave, and when Somerset was desperate for players after the war he made another 24 appearances, captaining them four times. Mandy Mitchell-Innes failed, however, to show more than glimpses of his pre-war form. In all, he played 132 first-class matches, scoring 6944 runs – with 13 centuries – at an average of 31.42. He also took 82 wickets at 34.79 apiece. A precocious talent, he once scored 302 not out in a house match for Sedburgh during a single afternoon, causing The Sedberghian to report: “Such cricketers rarely come this way.” He retired from the political service in 1954, returning to the north of England to become a company secretary of a brewery.

Hay fever afflicted him all his career

Mandy’ Mitchell-Innes was a stylish batsman and useful medium-pacer who was a precocious schoolboy at Sedburgh, making his debut for Somerset while still at school. He then spent four years in the XI at Oxford, captaining them in 1937, and in 1935 he was called up by England for the first Test against South Africa.

Mandy Mitchell-Innes made 5 and then had to drop out of the next Test, at Lord’s, after a severe bout of hay fever (an affliction which dogged him throughout his career). He never played for England again. After leaving Oxford his appearances for Somerset were limited by his work overseas in the Sudan Civil Service, but he played when on leave before and after the war.

In 1948, Mandy Mitchell-Innes captained Somerset in a somewhat unusual joint arrangement, but his work commitments meant he played only five times. Mitchell-Innes also played for Scotland (scoring 87 against the 1937 New Zealanders) and won a Blue at golf. On the death of the former Surrey and England bowler Alf Gover in October 2001, Mitchell-Innes became England’s oldest living Test cricketer. He died on December 28, 2006.

Blast From Past – New Look Pakistan Won the Sharjah Cup...

Mr Devotor - January 26, 2022
0
Rashid Latif's new-look side succeeded in four nations Cherry Blossoms Sharjah Cup 2003 capturing the hearts and minds of the Pakistani people on the...

Shahid Mahmood – First Pakistani to Take All 10 in First-Class...