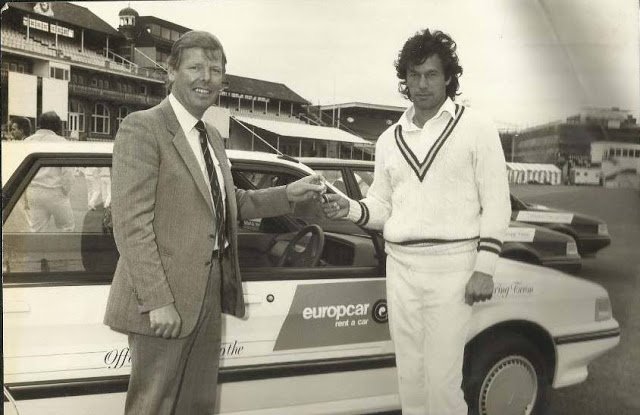 Imran Khan being presented with the keys to Europcar’s Austin Montegos.  The Pakistan team was presented with the car during the England tour at the Oval on May 21st, 1987. The inspiring leadership of Imran Khan Led Pakistan to won the Test Series First Time in England was probably the finest in the country’s history.

Pakistan’s first series win in England came via an innings’ victory at Headingley, where Imran Khan took ten wickets. He was 34, at that time, and considered by many commentators to be in the twilight of his radiant career. This test series confirmed Pakistan’s place as a genuine world-class Test cricketing nation.