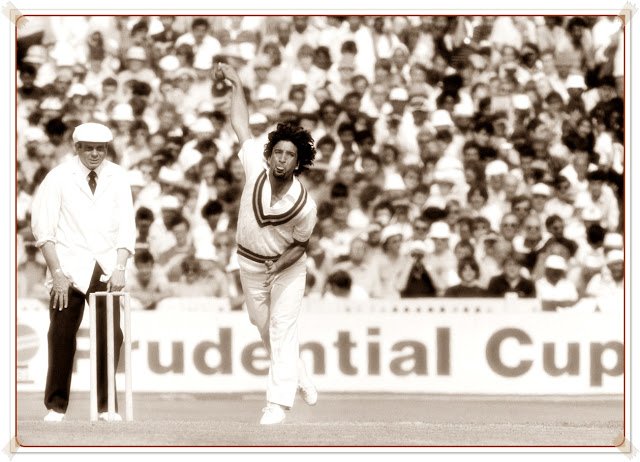 The art, described it: “He bowls and bowls again.” Abdul Qadir has a special place in the leg-spin hall of fame for a variety of reasons.

He’s not the least being that he virtually revived a dying art. Abdul Qadir’s other distinctions were blowing away the myth that attacking spin bowling was of no use in one-pagers by forming a lethal combination with Imran Khan. Later, he proved wrong the age-old dictum, if not completely, at least partially, that fast bowlers hunt only in pairs.

Abdul Qadir had been around since 1977-78 when he made his debut against England at home and took 6 for 44 in the first innings at Hyderabad. He did not play much cricket following that until Imran Khan got the captaincy and immediately included him in the side for the 1982 tour of England. On this tour, Abdul Qadir mesmerized the English batsman. They were absolutely clueless against him.

He did not get many wickets, but his match-winning six in the Lord’s Test. That was only Pakistan’s second victory till then on English soil, being his main haul. He had received excellent notices in England, and with his morale sky-high. Abdul Qadir bagged 22 wickets against Australia in the series that followed in 1982-83. With Imran in good nick, the two between them forced Australia to go down 3-0. That was Pakistan’s first-ever clean sweep in the test match cricket.

After that, Abdul Qadir never looked back, winning many a match for Pakistan in both versions of the lame. Qadir had a great variety of googlies, a deadly ﬂipper, and a deceptive topspin. He was very accurate and daring in ﬂighting the ball. He was not afraid to invite the batsman to move down the wicket. Likewise, he was not a great spinner of the ball. Not only that, but he was thwarted by the Aussies and the Indians, who countered him rather well.

On the 1988-87 tour of India, Abdul Qadir was virtually reduced to a bystander as the Indian strategy was very effective. Because Sunil Gavaskar, Dilip Vengsarkar, Mohammad Azharuddin, and Ravi Shastri sweep him almost every other ball. They applied three kinds of sweeps just to ensure that Qadir didn’t get into his wicket-taking ways. The ﬁrst of course was the orthodox sweep, the second the ‘paddle’ swipe, and the third hit square of the wicket.

Although Abdul Qadir is still rated in the top bracket, those who followed. Like Shane Wane and Mushtaq Ahmed, look far more accomplished. They have achieved greater things all around the world, and not only against selective opposition. The moot point, however, is that had Qadir not brought leg-spin into the limelight once again, would they be there?

Abdul Qadir capped off a remarkable first season in Australian cricket for Melbourne club Carlton by taking 72 wickets at an average of 15.4. It was the highest number of wickets ever taken in a season since the inception of covered wickets there. Abdul Qadir bowled more than 500 overs for the season, and in one match he bowled the entire day in sending down more than 50 overs unchanged.

His bowling performances ensured that Carlton took the most wickets of the season, with Qadir taking more than 40 percent of them. He became only the second overseas player to win the award after West Indies John Shepherd won while playing for Foot’s cray in 1976-77. Abdul Qadir played in 104 ODI’s for Pakistan from 1983 to 1993-94, taking 132 wickets at 26.16 runs apiece. He also held 21 Catches in ODI’s. He’s a cricket legend, and he will be remembered due to his excellent cricket career.

Mr Devotor - January 7, 2022
0
Pakistan has produced many great cricketers over the past seventy years. The passion in the country is ever increased from 1950s. Their cricketing history...