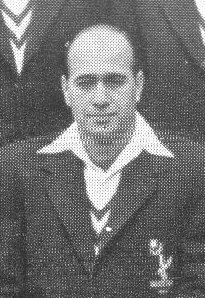 Pakistan Cricketer Muhammad Ebrahim Ghazali has known simply as Muhammad Ghazali or by his nickname “Ibbu”. He played in his only two test matches against England on the famous tour of 1954. A dubious distinction that he achieved during the rubber in the third test match at Old Trafford, he was dismissed for the fastest pair in Test match history. This is all within a matter of two hours.

Muhammad Ghazali was a prominent figure in the later part of Pakistan’s cricket history. He was an off-spinning all-rounder who can bat right-handed. For several years, in cricketing publications around the world. He continued being referred to as a left-handed batsman and having been born in the Indian State of Gujarat. He was actually born in Bombay.

It was in Maharashtra that he made his first-class debut in 1942-43 at the age of 18 and later played for the Muslims and South Zone in India before appearing for Sindh in newly independent Pakistan. Soon after, he became an important member of the Combined Service team that represented on the Quaid-e-Azam Trophy Championship circuit.

On the 1954 tour of England in all, he scored 601 runs at an average of 28.61 and took 17 wickets at 39.64 in the first-class matches. He played the second and third of the four tests. Ebrahim was neither a part of an inaugural match at Lord’s nor the memorable 24 run victory at the Oval in the fourth test. But he enjoyed the victory with the team. He was also a member of the strong Pakistan Eaglets side which toured England the year before. His highest first-class score was 160 for Combined Service against Karachi at the Aga Khan Gymkhana Ground in 1953-54. His best bowling was 5 for 58 came the following season against Punjab at Lahore.

Muhammad Ebrahim Ghazali served as an administrator after his retirement in the mid-1950s. He was managed by the Pakistan tour of Australia in 1972-73.  By which time he was a wing commander in the Pakistan Air Force. He also replaced Omer Qureshi in the capacity of management on the 1978-79 tour of Australia and New Zealand. After that, the former had to rush back home due to other professional commitments. Although Muhammad Aslam Khokhar one of his teammates on the 1954 tour of England beat him in becoming the first century-maker in a first-class match on Pakistan soil.  He also did achieve the distinction of making a ton in the new country’s maiden first-class match.

Muhammad Ebrahim Ghazali made only four runs while opening the batting for Sindh in a three-day match against West Punjab at the Bagh-e-Jinnah Ground in Lahore in December 1947 and the hosts ran up a total of 421 in reply to Sind’s 126 all out. Ebrahim Ghazali was sent in at number five in the second innings at 21-3, and he returned unbeaten with 128 to his name as Sind was bowled out for 227 in the drawn encounter. Ibbu, Ghazali who has left behind two sons and a daughter had been ill for some time and was totally out of the news. Before he played his two Tests in England, he had earned the honor of representing Pakistan in their first unofficial Test match, against the West Indies at Lahore in 1948-49. His first-class career lasted until 1955-56 and was spread over thirteen years.

Overall, he featured in 47 first-class matches, Muhammad Ebrahim Ghazali scored 1,701 runs at an average of 27.43 that included three hundred and seven half-centuries. He also held 17 catches and captured 61 wickets at 34.27 runs apiece. Twice he took five wickets in an innings. Muhammad Ghazali will remember due to being the fastest pair in Test Match history. He was died in Karachi on April 26, 2003, just before two months in his 79th birthday, after a protracted illness.

Read More: Sylvester Clarke – A Bowler to Have on Your Side / Inzamam-ul-Haq – The Big Gun of Pakistan Cricket

Mr Devotor - April 23, 2022
0
Farokh Engineer batting was adventurous, the keeping extravagant, the smile ready. Overall, the exotic charm of Farokh Engineer was too much for cricket lovers....