Home Teams Pakistan Aamer Nazir – Came Like a Bolt From the Blue – Then...

Aamer Nazir was the odd man out in the 14-member Pakistan cricket party that toured the West Indies during the period from March to May in the year 1993. The then 22-year-old youngster’s selection in the national team came as a bolt from the blue and sent everyone scurrying to find out his antecedents. Not much was discovered about him except that he impressed skipper Wasim Akram during the national trials at the Gaddafi Stadium.

His lack of any outstanding performances during the domestic first-class season raised many eyebrows. In fact, Aamer Nazir did not appear at all in the first-class competitions. Hence, his participation was restricted only to the Grade-Il tournaments. Wasim Akram, however, stoutly defended the young placeman by admitting that he had been included in the team on his recommendation.

This young chap has great potential as I have watched him from close quarters. I am sure he will show his talent and skill and prove that he has selected purely on merit,” Wasim told reporters at the time of the team’s selection. He was taken as the fifth seamer to supplement the efforts of Wasim Akram, Waqar Younis, Aqib Javed, and Ata-ur-Rehman, in a side already brimming with speedsters.

Therefore, Aamer Nazir did not have to wait for a long time to make his international debut. After, Pakistan lost the first one day International at Sabina Park, Kingston, Jamaica. Aamer was inducted into the side for the second game in Port of Spain, Trinidad when Aaqib Javed broke down with back trouble. It was, to say the least, a blind gamble by Wasim.

Aamer had the worst start that any youngster would have an image that required at the international level. The occasion appeared to have got the better of him. He faltered with his run-ups so many times that it left his colleagues and skipper red in the face with embarrassment. 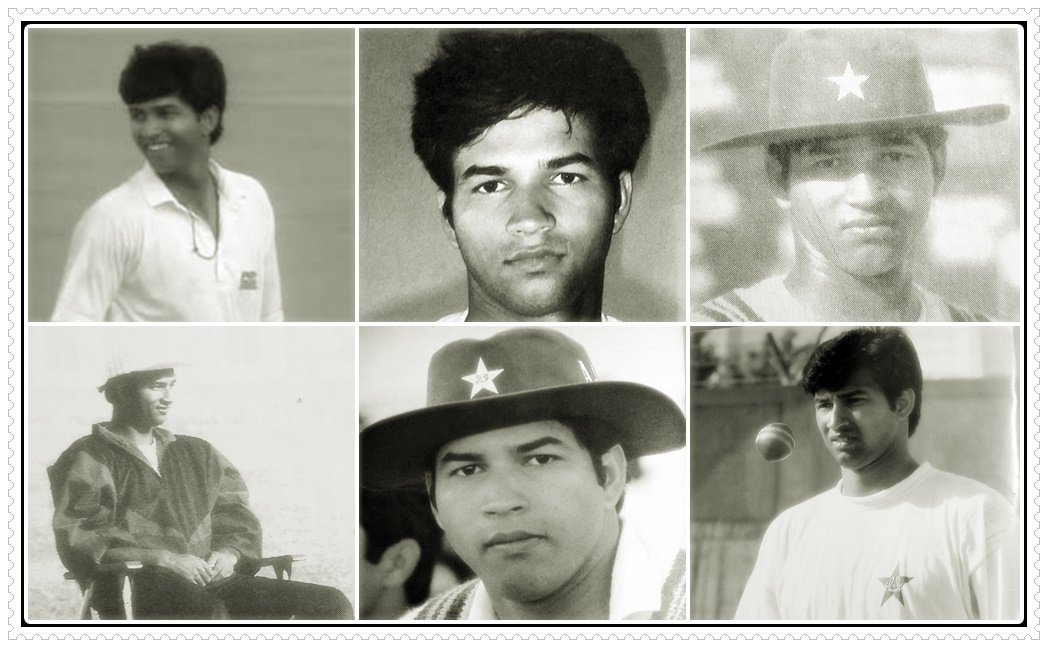 Despite his obvious predicament in front of the packed stands, Aamer gave his team the initial breakthrough by claiming Desmond Haynes for eleven runs and eventually finished with figures of three for 43 from nine over’s.

Indeed a good performance by no means given his first-ever international game. Of the 29 extras conceded by the Pakistanis, There were nine wides and no-balls each and the major share belonged to the young bowler. Who struggled to perfect his run-up? Though the problem continued to dog him, Aamer again emerged as the most successful bowler in the third game at the same venue.

His removal of danger man Brian Lara cheaply for five paved the way for Pakistan’s maiden triumph over the West Indies in limited over’s cricket on Caribbean soil. Brian Lara had spearheaded the West Indies’ success in the opening two matches with solid knocks of 114 and 95. Aamer went wicketless in the fourth game in St Vincent. But his parsimonious figures of none for 17 from six overs went a long way in restricting West Indies well short of Pakistan’s total.

His tight spell helped the touring side to win the match by 38 runs and level the ODI series two-all. In the fifth and deciding contest in Georgetown, the West Indies chasing Pakistan’s total of 244 for six in 50 over’s, were dealt an early blow by Aamer who clean bowled Brian Lara for 15 and put the brakes on their free-scoring.

The match was declared as a tie by the ICC referee Raman Subba Row after the crowd invaded the pitch and denied Pakistan a possible chance of victory. Therefore, Aamer Nazir emerged from the one-day series with his reputation enhanced and made his debut in the second Test in Bridgetown, claiming two for 79 from 20 over’s. Though he gained a lot of seasoning he still faced problems in adjusting his run-up, a fault attributed to his lack of experience in playing big-time cricket. 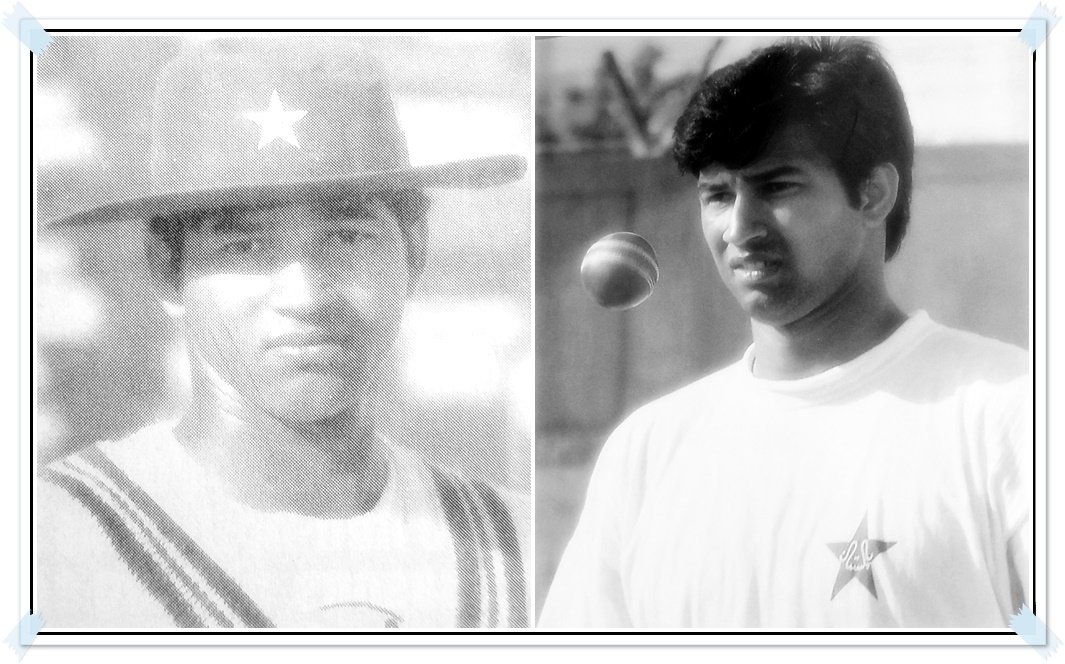 Pitch-forked into the national team and without any enough experience, Aamer followed the footsteps of Wasim who began his cricket career in similar circumstances. Before being he was picked in the squad for the West Indies Aamer Nazir had created quite a sensation. Which though, unknown to most cricket seers, had not been overlooked by the national selectors.

Before the 1992-93 seasons, Aamer was a totally unknown commodity. Therefore, in the non-first-class seasons, he was playing at the age of 21 when most Pakistani pace bowlers are already fading out. He had captured 41 wickets at a very economical 13.24 runs for each one of them!

He played in the Patron’s Trophy Grade-II Championship for the Income Tax Department and took 26 wickets at 15.76 runs apiece. Appearing for Lahore B in the Quaid-e-Azam Trophy Grade-II tournament – and taking them into the semifinals, he bagged 15 wickets at just 8.86 each. These included his best figures of 8-42 against Dera Ghazi Khan at Lahore’s LCCA Ground in January 1993.

Before being taken to the Caribbean, he had not played any first-class cricket though. He finally did so, after having appeared for Pakistan in the limited-overs series, at Georgetown against the West Indies Cricket Board XI in a three-day match.

He took 0-73 in 16 over’s yet was considered good enough to be inducted into the second Test eleven in Bridgetown. Subsequently, Aamer Nazir played in a before the 1992-93 Test in New Zealand in 1993-94, in another in South Africa in 1994-95 and season. Aamer was then two more on the tour of Zimbabwe a totally unknown in the same season. He was recalled to the side in the 1995-96 home series against Sri Lanka.

He played at Sialkot the non-first-class and was never chosen again. Aamer did travel with the Pakistan Seasons, playing at the team on its 1995-96 tour of Australia and New Zealand, but played in a side game only, not being considered for any of the several Tests and pace bowlers are One-day Internationals arranged on already fading out. However, on that trip, one interesting statistic about him relates to 5-46 haul in 19 over’s in the Harare Test against Zimbabwe in 1994-95. 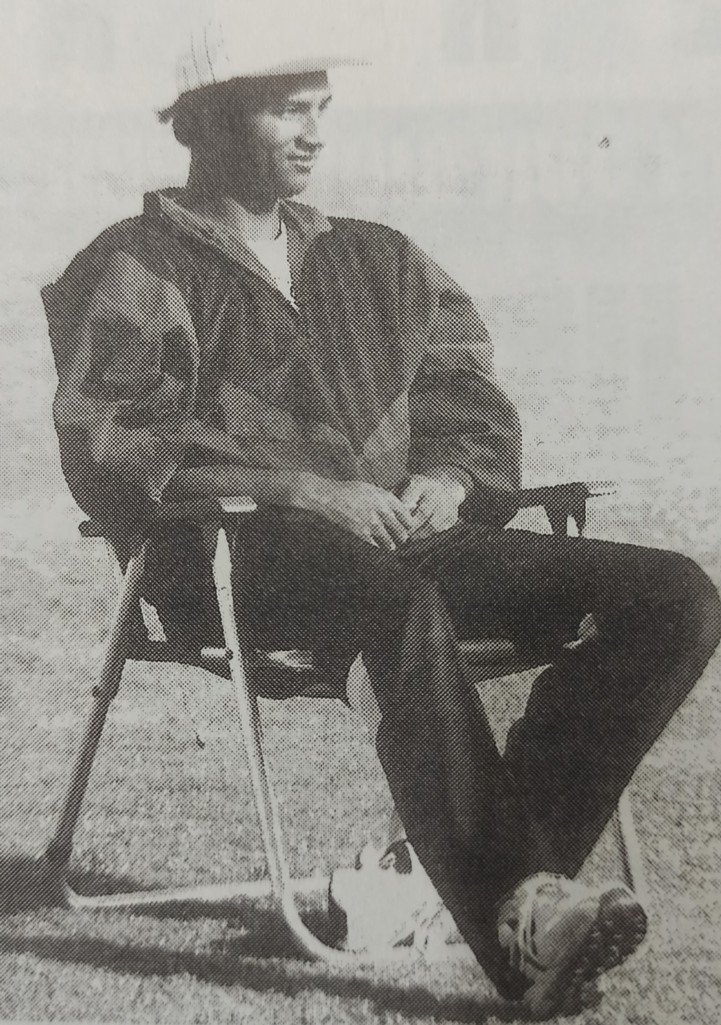 He had then become the first Pakistan bowler of any pace and variety, apart from the deadly duo Wasim Akram and Waqar Younis to have taken five wickets in an innings in a Test match for a little more than six years.

During this period, in which Pakistan appeared in a total of 37 Test matches, Waqar had 19 such feats to his credit and Wasim 14. Wasim Akram had made the eleven in 33 of those Tests and Waqar in 32. Aamer was playing in only his fifth game at that level.

Born on January 2, 1971, Aamer completed his schooling from the renowned Muslim Model School in Lahore in 1990. Some of the notable cricketers produced by this institute include Asif Masood, Arif Butt, Muhammad Illyas, Saleem Malik, Aamer Malik, and Mudassar Nazar. But he played little cricket during his days at the school and it was only after he did his matriculation that his interest in the game grew.

His talent came to the fore when joined the P & T Gymkhana a leading club in Lahore. Aamer made his presence felt in his first game at the national level when playing for Income Tax in the Patron’s Trophy Grade-II Championship. His opponents were the Khan Research Laboratories (KRL) who were at their wits’ end in negotiating his swinging deliveries. 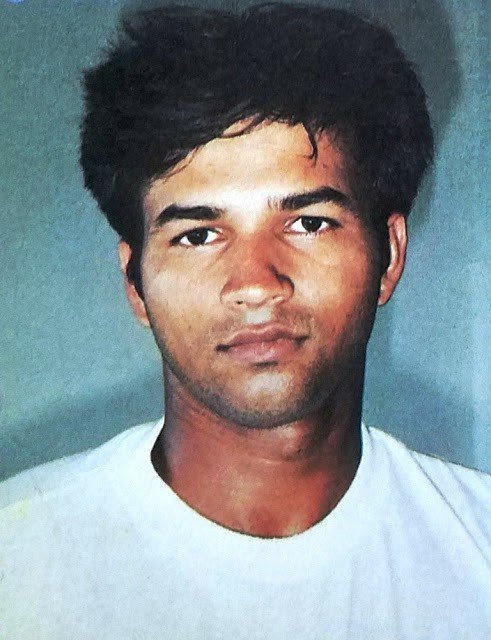 Aamer claimed six for 37 and his match figures of nine for 76 on the low Railway Stadium Track underlined his promise and talent. He should have been a logical choice to represent Lahore City in Grade-I of the Quaid-e-Azam Trophy Championship but fell a victim to the petty politics of LCCA. But he did represent the Association in the Grade-II Trophy and earned laurels for himself with the season’s best figures of eight for 42. Let him may have outshone the blue-eyed boys of the selectors.

Therefore, Aamer was surprisingly dropped from the side that played the semifinal of the Trophy. Such are the cricket politics in this country. Nevertheless, the youngster ended the season with his head high, claiming a total of 41 wickets that went quite a way in securing him the coveted tour of the West Indies. Though, he had a long journey ahead of him to scale the required standards.

Aamer Nazir was determined to reach that goal. He earned rich accolades from the likes of Imran Khan for his potential. But, at the same time, the former Pakistan captain attributed Aamer’s lack of basic cricket knowledge to the wretched domestic season. Aamer returned home rich in experience and training from the West Indies and how much he had learned from that tour was put on display during the 1993-94 seasons, when he played for his native Lahore.

Somehow, his career didn’t take the course many were expecting it to take and, despite a reasonably good record – 20 wickets in six Tests at fewer than 30 runs each. He wasn’t chosen regularly, plays for his employer’s Allied Bank in the Patron’s Trophy competition.

Qasim Umer – What a Talent he Was?