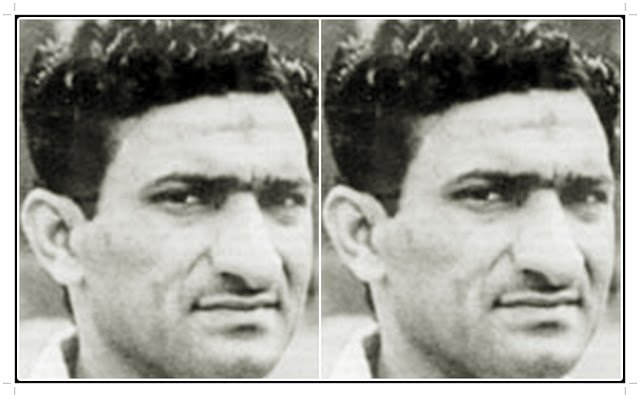 Arif Butt wasn’t even close to the Charisma of Fazal Mahmood in ranking and talent. Arif Butt was a modest, conscientious, and unassuming fast-medium bowler; not a hard-nosed, arrogant, and ruthless type. The medium-pacer with simple hard work and self-training established himself in Lahore.

He just played three Tests for Pakistan, despite many felt he should have played more cricket, particularly after his impressive Test debut performance against Australia at MCG. He bowled extremely well and took 6 for 89 on his first appearance in the one-off Test in 1964-65.

Arif’s father hadn’t failed in transmitting important mental and moral qualities to his children, and both the brothers, Arif and Saeed, seemed under their father’s direct influence. Arif, indeed, though a man of marked individuality of character, a quick and acute observer, with much practical sagacity, was said not to have a natural flamboyance and talent. He was famous for his accuracy, possessing a good bouncer and acclaimed leg cutters, along with his height and stamina.

By the seasons of 1957-58, Arif was an able club cricketer. Hence, he worked really hard to reach test cricket till 1964-65. Finally, he was on their tour to Australia at Melbourne in 1964-65, not only found a vigorous champion. A tall and lanky 19 years old Arif Butt (6-89 in his first bowling performance in tests including the wickets of Bob Simpson, Bill Lawry, Brian Booth, Tom Veivers, David Sincock, and Graham McKenzie).

Arif Butt propounded a hypothesis as to the manner in which species like him had acquired character, and it was his workmanlike attitude that saw him bowling without a quarrel, without restraint. Arif Butt played only three Tests for Pakistan, though many felt he should’ve played many more, especially after one of the most impressive Pakistan debut Test performances.

Slipping into the wilderness after two tests against New Zealand on the same tour. Arif was given another chance against Ceylon in 1966-67 and was then taken to England with the Pakistan team. Regrettably, in the presence of only one strike bowler Saleem Altaf, Butt was not picked for any of the three tests, his place being taken by Niaz Ahmad from East Pakistan. The cricket lovers of that time, surprise not to see him in Pakistan side after that tour Down Under, more so because Pakistan was struggling to find a decent new ball pair in the 1960s.

Arif Butt was a useful lower-order batsman, as his first-class average is 29 including four hundred and more than 4000 Test runs. On the Test debut, he even opened the inning for Pakistan replacing the injured wicket-keeper batsman Abdul Kadir and he hung around for nearly an hour. Butt proved to be his last Test, he made his highest Test score of 20 helping Intikhab Alam to add 52 valuable runs for the 9th wicket in a low-scoring tense draw.

A couple of Tests later, Pakistan’s new-ball attack was shared by Majid Khan and Asif Iqbal. On the tour of England in 1967, when Saleem Altaf was often the only recognized fast bowler. Hence, Arif Butt’s non-selection could have been ideal for Pakistan, but his inclusion was widely questioned. It was often suggested that his poor fielding skills and his temperament went against him.

Three years later, he was ready for first-class cricket. Though he played on till 1977-78, the early 70s remain his best first-class years. He died on July 11, 2007, in Lahore (aged 63 years 55 days). He was suffering from a number of health issues, like heart and lung-related ailments stemming from diabetes. Arif Butt had been admitted to a hospital for a month or so. So he will remember in the history of Pakistan cricket, has become the first Pakistani bowler who took 5 or more wickets on test debut.