India has been blessed with many great batsmen and spin bowlers. But they have often suffered from a shortage of great fast bowlers and all-rounders. So, Kapil Dev had one of each. Kapil Dev Ram Lal Nikhanj was indeed the greatest all-rounder in the history of the game. Kapil Dev’s father as belonging to Okara district of Pakistan. So, after partition, he moved to Chandigarh.

His pace was in fact, never of the express variety. But he had full control on both sides swing bowling, particularly his outswinger was very lethal. The medium pace rather than fast in his early years, and something less than that later. But he had seemingly endless reserves of bustling energy, swung the ball, and knew how to take wickets.

Kapil Dev was famous with the nickname of the “Haryana Express.” Kapil Dev made his debut against Pakistan in 1978 as a 19-year-old and went on to score 5,248 runs and take 434 wickets in 131 Tests before retiring in 1994. He was also a force to be reckoned with in the shorter version of the game scoring 3,783 runs and grabbing 253 wickets in 225 one-dayers. He changed the face of Indian cricket by leading the country to a world cup triumph. He played a special role in shaping Indian cricket.

Even though he lost some nip towards the end of his long career1978-1994). His magical stats remained impressive given the unhelpful bowling conditions in which he was often operating. Only two other fast bowlers have taken 200 Test wickets for India, Zaheer Khan, and Javagal Srinath. Both had averages on the top side of the ’30s, whereas Kapil’s 434 wickets – which stood as the world record for a few years – cost 29.64 apiece.

He is one of the Indian players to do the Test double of 1,000 runs and 100 wickets, Kapil is the only one who averaged more with the bat than the ball. Above all, though, Kapil Dev earned a place in history as the man who captained India to victory in the 1983 World Cup. An upset result that converted the subcontinent to one-day cricket and amazed cricket pundits who had written off his team as no-hopers before the tournament.

He was quick to realize that pace alone was not enough to unsettle batsman, especially on slow Indian pitches. Kapil relied on swerving and seam and subtle variations in pace to lead batsmen to their doom, the outswinger being his main weapon. God has given him outswinger the rest I had to learn who bagged 219 wickets on low, slow Indian tracks.

By doing his bit as a player – 12 wickets and 303 runs, with a thrilling 175 runs were plundered off Zimbabwe in an afternoon of mayhem at Tunbridge Wells. The innings played in a crucial situation when Indian batting was struggling but Kapil came and mastering the strokes to all parts of the ground. Kapil Dev instilled the belief in his players that they could go all the way, never more so than in the final when they were defending a meager total of 183 against West Indies.

Kapil Dev bowled 12 miserly overs and took a breathtaking running catch on the boundary to dismiss Viv Richards. India cricket being the fickle creature it is, he lost the captaincy within a few months but recuperated it in 1985 and kept it until India’s defense of the World Cup failed at the semi-final stage in 1987.

Indian cricket has many great batsmen like Vijay Hazare, Gavaskar, and Sachin Tendulkar, but he is the finest all-rounder. He defied all the odds and rose to fame with sheer determination and courage. Kapil Dev’s main contribution was in making the Indian new ball attack a thing to be feared and respected.

What also marked him out was his background. Kapil Dev born in Chandigarh and raised in the countryside at a time when most Indian Test cricketers came from middle-class families based in the big cities, he broke the mold. One of the “Big Four” Test all-rounders who dominated in the 1980’s – Ian Botham, Imran Khan, and Richard Hadlee was the others. Most cricket legends believe that Kapil was probably the least dangerous bowler.

His figures would certainly suggest that. Before his arrival, the new ball was often in the hands of seamers’ whole only job was to take the shine off it to make way for the spinners. The balance of power shifted from spin to pace during his career. His effort should disprove that Indians can’t produce fast bowlers, as hard work always pays. Kapil Dev breaking New Zealand Richard Hadlee’s then world record of 431 Test wickets at Ahmedabad in 1994.

But he was very effective in his early years, making his Test debut at the age of 19 and being instantly at home on the big stage as effortlessly as Botham. Kapil clocked up the 1,000 run and 100 Test wickets double within 15 months of his first game and the 2,000 runs –200 wickets double in four and a half years.

Kapil Dev was just a prodigious natural talent in everything he did. In those days, he did a lot of twisting and turning in his action, but it got him sideways on and in a position to swing the ball. He needed to watch very carefully. As a lower-order batsman, Kapil Dev came closest to matching Botham for destructive and entertaining hitting. Like Ian Botham, he was far better than the ‘slogger’ a label that some might have attached to someone who so obviously delighted in finding the boundary.

He could strike the ball in a classical fashion and was sound enough technically to score three hundred against powerful West Indies pace attacks of various vintages. Hence, at one occasion in 1983 seeing off Andy Roberts, Michael Holding, Malcolm Marshall, and Joel Garner to make a game safe in Trinidad. In all, he scored eight Test hundreds, two more than Imran.

Still, people remembering that Quite late in his career, at Port Elizabeth, he halted a rampaging Allan Donald-led South Africa pace attack in its tracks with a superbly measured counter-attacking century. Kapil scored almost entirely with the tail for company. When he went in, India were 27 for five, which soon became 31 for six.

Of India’s eventual 215 all out, Kapil’s share was an excellent 129 runs. Kapil made something of a specialty of making light of a crisis. While others fretted, he coolly went about fixing things with some measured blows. The classic example of this, of course, was at Lord’s in 1990 in an epic Test, which saw Graham Gooch score a triple century in the first innings and a mere single one in the second. One of the silkiest hundreds you could ever wish to see from Mohammad Azhar-ud-din.

Kapil Dev again found himself batting with the tail as India struggles to bat to avoid the follow on. With 24 runs needed and the last man in, Kapil came on strike against Eddie Hemmings and spotted an opportunity few others would have contemplated. He beautifully struck four straight sixes in four balls down towards the Nursery The end, where men in hard hats constructing the Compton and Edrich Stands came under fire, and Kapil Dev did the job in an excellent way.

It was fantastic to watch and a courageous effort. Imagine if he’d got out attempting one of those shots? Botham gets on very well with him. He loves him because of their shared passion for golf! Kapil has developed into a remarkable player and has numerous business ventures linked to the sport – and their shared approach to cricket.

They played the game in the same uninhibited fashion and I think their desire to outdo each other spurred them on. Both were close to their best in 1982 when England and India faced each other for six Tests in India and three in England. In what was a largely turgid series on the subcontinent, both hit hundreds in Kanpur, Kapil batting in sparkling fashion for 116 off 98 balls.

Then, in England, he hit 89 off just 55 balls at Lord’s – had he reached his hundred it could have been the fastest in Test history to that point – followed by 65 off 55 balls at Old Trafford and 97 off 93 balls at The Oval, where Botham himself scored a rapid double century. He retired from Cricket in 1994, holding the highest Test Wickets were taken in the longer version of cricket. The record was broken by Courtney Walsh in 2000.

Kapil Dev was the first bowler in the history of the game, by getting more than 400 test wickets and the first player to get 200 wickets in ODI format. Kapil was known for his graceful action and potent outswinger. For many years, he was India’s main strike bowler. As a natural hard-hitting batsman, his skill is to play hook and drive effectively. His ability to counter-attack on opposition always help India in a critical situation.

He lives in the heart of cricket lovers who had watched him on TV. On July 23, 2002, he was named “Indian Cricketer of the Century in London by a panel of experts at a function organized by Wisden to celebrate the glorious heritage of Indian cricket. The committee, comprising former cricketers and journalists, adjudged Kapil Dev as the best in a 16 man field including batting greats Sunil Gavaskar and Sachin Tendulkar for his remarkable contribution to Indian cricket.

One of his most memorable moments came on June 25, 1983, when Kapil Dev charged to a stunning victory over a formidable West Indies side in the World Cup final at Lords. But in 2000, the cricketer’s world collapsed around him. Teammate Manoj Prabhakar alleged Kapil Dev offered him money to underperform during the 1994 Indian tour of Sri Lanka. His new-ball partner Madan Lal said it’s really praiseworthy that he got so many wickets on docile Indian pitches.

He was great as a captain too. We won the World Cup under his leadership and then beat England in England in a Test series in 1986. His bowling, however, overshadowed his batting, which was marked by flamboyance and flair. His rapid-fire 175 not out in a 1983 World Cup match against Zimbabwe at Tunbridge Wells ranks among one of the best one-day knocks.

He could have found a place in the Test squad on his batting alone, emerging as the sixth-highest Indian run-getter with eight centuries. I think I brought in fresh thinking because I was from a small town and had no fixed ideas. I was fearless and I made fitness important who hails from the northern Indian city of Chandigarh. 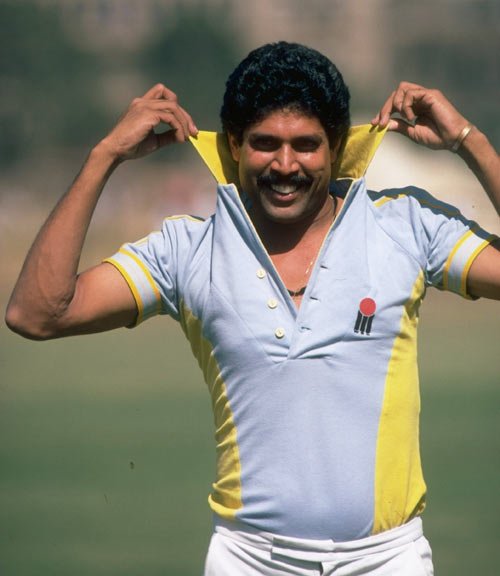 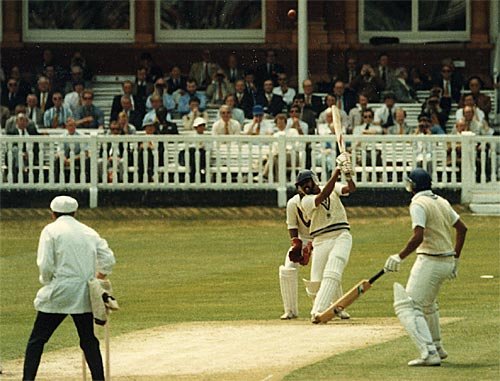