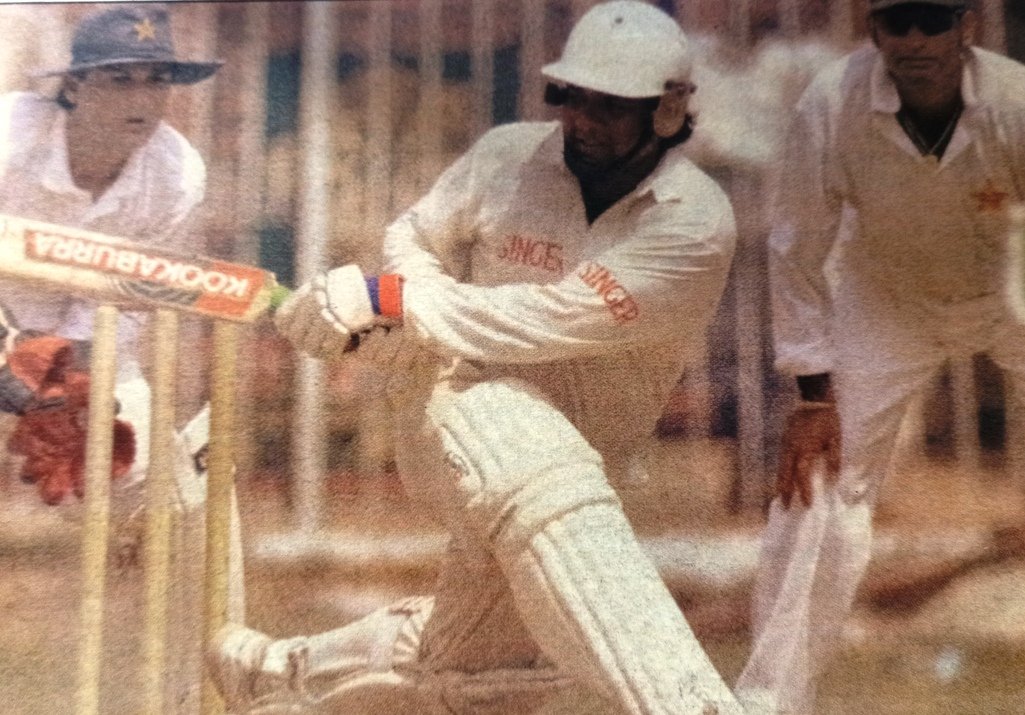 Arjuna Ranatunga then Sri Lanka captain was flying high in the 1995-96 seasons. He is seen in the picture batting in a Test match on the tour of Pakistan, where his team came back strongly from being one-down in either case, going on to win both the One-day International and Test rubbers.

Just a few months later right here in Pakistan, Sri Lanka has crowned World Cup champions on a floodlit evening at Lahore’s Gaddafi Stadium. Much has changed over the last two decades.

He did return to play in the Tests against Australia at home but was ignored for the year-end tour of Zimbabwe. He was included back playing in the Test matches against Pakistan. Also seen in the picture are Moin Khan and Aamer Sohail. Read More – Muttiah Muralitharan – An Off Spinner Magician