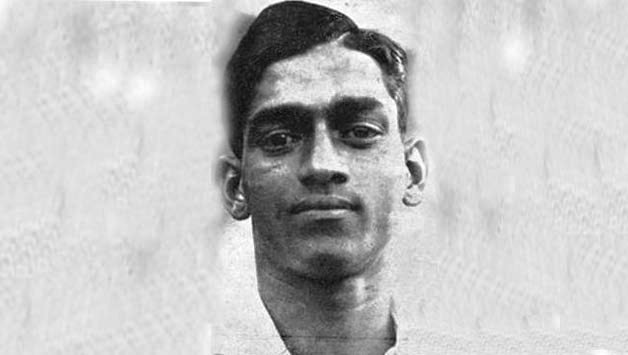 CS Nayudu was born on April 18, 1914, at Nagpur. Cottari Subbanna Nayudu is also known as CS Nayudu made his test debut at the relatively young age of 19 years and 262 days against England at Calcutta. He went on to play 11 Tests in all four against Australia and seven against England. Just scored 147 runs at an average of 9.18 while also claiming two wickets at 179.5. He was though much better player than his record suggests.

CS Nayudu the great cricketer of the Holkar era and younger brother of India’s first Test captain CK Nayudu, passed away at a hospital in Indore early morning on November 22, 2002. The 88-year-old Nayudu was ailing for some time. He leaves behind two sons and two daughters.

In Ranji Trophy, he played for Central India, Baroda, Holkar, Andhra Pradesh, and Uttar Pradesh.  In 56 matches scoring 2,575 runs at 30.29 and claiming 295 wickets at 23.47 by bowling his right arm leg-breaks and googlies. However, in 1944-45 he bowled 152.5 six balls over’s for Holkar against Bombay which remains a record for the highest number of over’s in a first-class match to date.

For long under the shadow of his illustrious brother CK Nayudu elder to him by 19 years. Cottari Subbana Nayudu established himself as one of the prominent players in first-class cricket. In India, he was really  on the strength of his all-around capabilities in the thirties and forties

A glutton for work, Nayudu loved bowling long spells. And somehow it seems fitting that he holds the world record of sending down the most number of deliveries in a first-class game. In the Ranji Trophy final against Bombay in 1944-45 Nayudu bowled 152.3 overs (917 balls) a unique feat of endurance. His two spells are worth recording for posterity: 64.5-10-153-6 and 88-15-275-5. At least he was rewarded with 11 wickets for his toil even if Bombay won the match.

As a leg-spin googly bowler, Nayudu was in a class of his own. This is reinforced by the fact he took 295 wickets in the Ranji Trophy. A record that stood for over a decade till another leg spinner V Kumar surpassed it in 1970. He was a big spinner of the ball. Nayudu was an attacking bowler illustrated both by his average 23.49 and by the fact that he needed just 56 matches to reach the mark. It must not be forgotten that Nayudu was also a very capable later-order batsman who scored 2,575 runs at an average of 30.20 in a quarter-century-long career in the national championship.

A tower of strength to various teams in the Ranji Trophy Nayudu reserved his greatest feats for Holkar and was a key player of the princely state’s halcyon period from 1944 to 1954. In eleven years, Holkar failed to reach the final only once and Nayudu was among the cricketers responsible for this enviable record. He took 14 wickets in a match once and twice captures more than 30 wickets in a season. A commendable feat gave the fact that very few matches were played in the formative years of the competition. In 1942-43 Nayudu became the first bowler to take 40 wickets in a season. A tremendous achievement considering that he played only four matches.

In a three-decade-long first-class career that commenced with representing the Hindus in the Quadrangular in the early thirties. Nayudu scored 5,786 runs at an average of 23.90 with four hundred while picking up 647 wickets at 26.54

It is against this impressive record that Nayudu’s Test figures make for rather bewildering reading. In 11 Test matches, he scored a mere 147 runs at 9.18 and picked up just two wickets with a healthy average of 179.50 apiece. It would be easy to dismiss him as one of the many players who could not successfully make the transition from first-class cricket to the international level. The point was that he was in and out of the side. He played two tests against England in 1933-34. But he was not picked for the 1936 tour of England sent later to reinforce the side he played two tests.

He also toured England in 1946, playing in two more tests. On the 1947-48 tour of Australia, he played in four Tests and then was brought back for one last fling against England at Kanpur in 1951-52. Admittedly, in almost all the Tests he had difficulty in maintaining control over line and length.

But even in the midst of this mediocre record. Nayudu’s name is associated with one storybook feat. This was in his debut Test at Calcutta. India following on 156 runs behind, were 149 for six when Nayudu joined Dilawar Hussain. There were still nearly two hours left, and the odds were heavily stacked against the home team saving the game. Nayudu held on firmly to score 15 out of a seventh-wicket stand of 52.  And by the time he had been dismissed, the clouds of defeat had evaporated. Just to prove that he could also play strokes. Nayudu’s runs were made up of a six, two fours and a single.

By any yardstick, Nayudu was an unusual bowler. The C Ramaswami who was his teammate in 1936 tour has left us this vivid portrait. CS bent his body so low while delivering the ball. That his head was almost on a level with the top of the stumps. He stretched his arm fully and threw his body weight into his delivery so that the ball came off the pitch very quickly.

CS Nayudu also spun the ball extremely well but unfortunately, his length and direction were not always controlled. Probably because of this unpredictability CS got quite a number of wickets. The batsman did not seem to know when CS was going to produce that unplayable ball. The apt description just about sums up Nayudu’s art and skill.

Blast from Past – Pakistan Won Under-19 Cricket World Cup 2006

Most Test Centuries in Consecutive Innings