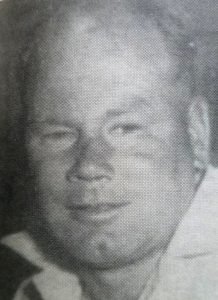 Gil Langley, the Australian Test Wicket Keeper who also represented his state at football before becoming Speaker of the House in State Parliament. He was died on the night of May 14, 2001, at the age of 81. He had been suffering from Alzheimer’s disease for some time before his death. Gil Langley played 26 Tests for Australia from 1951-52 to 1956-57. In which he held 83 catches and made 15 stumping. He made his first-class debut for South Australia as a specialist batsman in 1945-46, immediately after the conclusion of the Second World War. He donned the gloves during the 1947-48 Sheffield Shield season. And by 1949-50 was chosen as deputy wicketkeeper to Ron Saggers for the Australian tour of South Africa.

Both Saggers and Langley remained in the shadow of the great Queenslander, Don Tallon. Whenever he was available for Australia but following the retirement of his two peers. Gil Langley received his first call up to the Test side in the 1951-52 series against the West Indies.

On his Test debut at the Gabba Brisbane, he took three catches and four stumping in Australia’s three-wicket victory, going on to claim 21 victims for the series. He remained Australia’s first-choice wicketkeeper until 1956-57, playing his last Test match against India at Eden Gardens in Calcutta. In addition to his 98 dismissals and scored 374 runs in tests at 14.96 with a top score of 53. 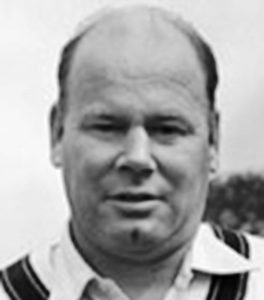 Despite being part of a well-beaten Australian side in England in 1956 and missing two tests because of injury. He was recognized by Wisden Cricketers Almanack as one of its five cricketers of the year in its 1957 edition. In the Lord’s Test of 1956, he completed nine dismissals at the time, a world Test record in Australia’s only win of the series. In all first-class, crickets made 122 appearances, taking 292 catches and 77 stumpings. He also scored 3,236 runs at an average of 25.68 and a top score of 160 not out.

The last of his four centuries was achieved in his final game for South Australia against New South Wales at Adelaide Oval in December 1956. Given three cheers by his opponents as he came to the crease in the second innings, Langley made exactly 100, scoring a boundary after 6 pm on the final day, before being stumped next ball off the bowling of Richie Benaud.

Langley was also a successful Australian Rules footballer. He played for the Sturt club in the SANFL (South Australian National Football League) and went on to captain South Australian in an interstate football competition.

While transferred to Melbourne in the munitions department during the Second World War. He played for Essendon in the Victorian Football League. And making four first-team appearances and sitting on the reserve bench in the losing grand final side of 1943.

Langley achieved a rare double, equaled only by Victor Richardson of captaining Sturt in both Cricket and Football. A popular identity in Adelaide, Langley later entered politics. And he became the Member of Unley in the state House of Assembly, representing the Australian Labor Party. During his 20 years parliamentary career, he became Speaker of the House. Gilbert Roche Andrews “Gil” Langley was born on September 14, 1919, in North Adelaide. He has survived by four children. His nephew Jeff Langley played cricket for South Australian and Queensland between 1969-70 till 1979-80.