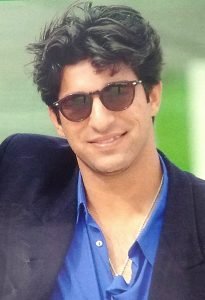 Wasim Akram scaling one peak after another in the field of cricket, with mate Waqar Younis giving him company in what is believed to be the final phase of their wonderful careers. The fast bowlers hunt in pairs is aptly demonstrated by the success achieved by Wasim Akram and Waqar Younis. The others are Walsh and Ambrose, Donald and Pollock, and many more. There have been some pairs who dominated the scene before these spectacular athletes but none achieved the level of success as Wasim Akram and Waqar Younis. They played leading roles in earning the glory of the game in general and Pakistan in particular.

Aggression and consistency have stood out as the appealing features in Akram and Younis’s rise from the time Imran Khan emerged as the motivational figure in Pakistan cricket. It was Imran Khan’s canny ability to spot the talent that pushed Akram and Younis to great heights.

This is indeed a tribute to their hard work that they did not disappoint their guru. It is a matter of attaining their best in both forms of the game. That is what Imran Khan had instilled in their cricketing minds. They had to strengthen themselves physically to set goals in every contest while every failure means that they return with a vengeance in the next outing.

Wasim and Waqar working in tandem will remain one great picture to cherish. The left-right combination is a vexing problem batsman has to contend with and these two stalwarts excel in exploiting the advantage to the maximum. In their era, Pakistan cricket has made grand strides thanks to the incisive potential of these two fast bowlers who never compromise with the task they have set for themselves.

Aggression and consistency form the essential part of their arsenal. They have variety but it is this desire to destroy batsmen that have brought the best out of them. Waqar, in particular, relishes peppering batsmen with these attacking instincts while Akram developed into a master marksman of the best batsmen in business. Imran Khan definitely deserves a lot of credit for giving the two directions.

Neither would have achieved half the success that they have without the guidance of Imran. Who wanted them to become weapons of destruction? To me that they had to rattle the opposition with aggression which Akram and Waqar had plenty to keep themselves going for almost a decade.

Waqar Younis was a product of the fast bowler’s factory in Pakistan after Imran had shown the way. Wasim Akram and Waqar Younis at various stages of their careers have acknowledged the assistance received from Imran who enjoyed sharing his wisdom with pupils. Imran Khan set examples for the juniors on the side and there was never any doubt that both would justify the faith had in them.

Waqar Younis always raise their standards when the team requires it and does it with tremendous zeal. He is one bowler who puts the fear of God in the mind of batsmen even on docile pitches. Because he needs little help to establish his dominance. Waqar Younis is very quick in the air and is thus a constant threat to batsmen.

Wasim Akram is terror too, blowing the opposition away with his crafty stuff. The nature of the pitch does not matter to this great left-arm bowler, because he has such variety at this disposal that batsmen remain restless as long as Akram is on. To combine their potential in both forms of cricket is one great skill Akram and Waqar possess. The prime reason for their success is their positive approach, as neither bowled to contain. It is the wickets of batsmen that value more than maiden over’s.

Waqar reflected a similar attitude. A wicket thrills him most and his approach is simple. He likes to blow batsmen away. Akram’s marks in Tests and One-day Internationals prove that nothing is beyond reach provided the enthusiasm level stays high. As a fast bowler, fitness is key to you’re success. You can achieve a lot only when you enjoy you’re working. There is no point if you feel taking wickets is a burden.

One cannot recall an instance when both complained about the nature of the pitch. To him, the joy of seeing the back of batsmen is more if the success comes on flat tracks. Even ordinary bowlers thrive if the pitch responds and this is why both works on their skills to snare the opposition on docile surfaces. If you start worrying about pitches then you won’t achieve even half you’re potential.

Thus, a very long journey of immense sacrifices of Waqar and Akram, from a hero who fashioned countless victories for Pakistan. However, both have some horrifying experiences in their illustrious career. Even Wasim Akram’s house was stoned and their family threatened when Pakistan lost to India in the 1996 World Cup Quarterfinal match at Bangalore which he did not play due to injury. It was really very painful for me and my family. Also, greater pain in the allegations of match-fixing as he always tried convincing the authorities and the followers of the game of his innocence.

It was one of the great tragedies of the game when Akram and Waqar fell out with each other. Two mates who delighted in each other’s success and who guided each other in times of distress were not even speaking to each other. They suffered and subsequently, Pakistan cricket too suffered even as critics struggled to find out the root cause of the deterioration in the relationship between the two past great sportsmen.

Waqar Younis could not fathom the reasons for Akram adopting such an attitude and spat venom publicly, charging his colleague with accusations of trying to sabotage his career. It must have been a shattering experience for those who followed their careers and admired their combination. But Akram and Waqar were heading in different directions.

Both presences were in the team did not evoke the same awe as the pair was once. The force was divided into parts. Both were not the same glowing examples of camaraderie and of human endurance and it was a blow to Pakistan cricket, which was battling with all kinds of allegations at that time.

None would have expected Akram and Waqar to behave so irresponsibly after having set examples with their achievement. Waqar may have taken a while longer to cross their goals in Tests. Waqar was firing out batsmen with his awesome ability to work up the pace. When he made his first appearance on the English county circuit, he was the most feared bowler as he gained the reputation of that toe-crusher with his in-swinging Yorkers.

To counter a Yorker at that pace is a task which even established batsmen find a nightmare. There is little chance for lower-order batsmen who are only too happy to rest in the comfort of the dressing room rather than face Waqar in the middle. Waqar Younis presented a glorious sight when in full motion. Pounding the ground with his athletic limbs, his body one propelling force aimed at blasting batsmen out.

Waqar is a smooth bowler one could have imagined. His final stride is a terrific sight and the result most furious. The ball invariably finds its way past the best defense in the world. Waqar was the sheer pace and remains so as he strives to keep himself fit to shine for any day. 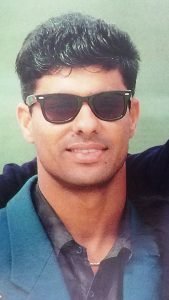 Wasim Akram is different in many ways and nothing signifies his stature more than the growing skills at his disposal. A cool mind gives Akram the edge over batsmen. Nothing irks Akram more than being hit for a boundary, and he rarely loses time in letting the batsman know his feelings. One cannot remember Akram having been clobbered. Two or three boundaries in an Akram over have been a rarity and he has often come back in style. There are not many instances of an expensive spell from Akram. An expensive over yes, but never an expensive spell. Wasim Akram’s greatest quality as a bowler is his ability to read the batsman’s mind and attack his weakness. With experience, he has learned to bowl within himself and once did remark.

You have to know you’re limitations and bowl to your field. If you don’t concede easy runs you win the first round and only when can you attack the batsman. For many years, Akram has shown the value of accuracy, a trait which Waqar lacks, focused that he has always been on speed. Akram has never been averse to sacrificing pace and concentrating on skillful plotting of the opposition’s debacle.

Wasim Akram preserves his energy so wonderfully and he learns this ability from his mentor Imran Khan. Enthusiasm needs to be baked by endurance which never loses an opportunity to achieve what you need by letting yourself go in short bursts. So many times Akram has packed off batsmen while bowling from a much shorter run-up.

One gets the feeling that Akram often toys with some of his opponents. His ability to penetrate is reflected in his haul of wickets in Test cricket but one cannot forget the ease with which he shackles batsmen in limited over’s cricket, leaving many reputed batsmen embarrassed.

One quality which is Wasim and Waqar in common is their willingness to share their experience with the younger crop of bowlers in Pakistan. It has been a tradition in Pakistan that the seniors pass on vital tips to juniors and Akram and Waqar have taken pride in molding a wide range of bowlers from those who believe in speed to those who work on skills.

Waqar Younis has had his share of injuries and conquered them but Akram stands out for his amazing battle against diabetes. He discovered the problem in the early thirties and has lived with three shots of insulin a day. It can be a very taxing exercise but then as Akram advocated the youngster. As long as you enjoy your work you make a place for yourself. Having enriched the game with their exploits, both now push them harder in the twilight of their commentary career.

Wasim and Waqar at work to scale greater heights present one a pleasing sight in contemporary cricket where durability is a rare factor. Both careers lie a lesson for aspiring fast bowlers. Work hard to enjoy the job, and success will come, even if the peak happens to be as exacting as Everest.