Masood Iqbal a former Pakistan wicketkeeper died in Lahore late evening on October 31, 2003, due to Kidney failure, at the age of 51. The handsome green-eyed Masood was born in Lahore on April 17, 1952, and apart from a playing career that spanned some 17 years.

He was associated with the sport in many other capacities. Masood Iqbal fell ill with a kidney ailment about six months ago, and his condition continued to deteriorate until he breathed his last. A Lahorite through and through he lived all his life in the city of his birth and played first-class cricket from 1969-70 to 1986-87 for Lahore Punjab, Lahore City, Punjab University and Habib Bank.

Masood Iqbal Qureshi appeared overall in 150 first-class matches, in whom he scored 2,710 runs at an average of 14.11 and the highest score among his five fifties was 69. Unfortunately, he wasn’t able to score prolifically with the bat during his cricketing career. He excelled as a wicket-keeper while dismissing 376 batsmen, his tally being composed of 319 catches and 57 stumpings. He was acrobatic behind the stumps. That was his specialty.

In the 1970’s Masood was as well respected as a wicketkeeper that he made two overseas tours with the Pakistan team as deputy of Wasim Bari. In 1972-73 seasons, at the age of just 20, he accompanied the side to New Zealand and Australia and then went to England in 1978 when Wasim Bari was the Pakistan captain. Unfortunately, he could not get any chance on either tour. 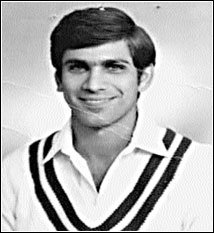 Masood Iqbal’s only single cap for Pakistan came very late in his career when he played in a One-day International match against New Zealand in 1984-85. Masood’s was clearly looked past his prime time as he conceded as many as 18 bye’s in the New Zealand meager total of 213. After that, batting at number 10, he got himself run out for 2 as Pakistan chased their target. His dismissal made the team nine batsmen down, but Pakistan did eventually win by one wicket on the very last ball of the match.

Pakistan former opening batsman and commentator Rameez Raja said, He was our senior wicket-keeper in my playing days and I love his glove work. He very loved the person who always believed in helping out his junior. The news of his death has devastated not only me but the entire cricket community.

Moreover, Masood Iqbal went with the Pakistan team on the tour of New Zealand in 1994-95 as a team manager. He was also Pakistan A team manager and served as a member of the selection committee in 1999 during the tenure of Dr Zafar Altaf. In 1995-96 and 1996-97 he also served as match referee in four first-class matches and two games in the Wills Kings Cup national One day-tournament. Read More – Aamer Hameed – Former Right Arm Medium Fast Bowler