Norman O’Neill is one of the princes of Australian batting in the post-war era, died at the age of 71 on March 3, 2008. O’Neill was a dashing middle-order batsman whose 42-Test career reached its zenith when he scored 181 in the unforgettable tied Test between Australia and the West Indies at the Gabba in 1960.

Richie Benaud, who captained O’Neill in that match and for much of his state and Test career, described him as “one of the finest batsmen I reckon ever to have played for Australia”. “He was a brilliant fielder and a very, very good team man as well,” Benaud said. “Normie was a one-off in that he hit the ball so hard and was so elegant at the same time. 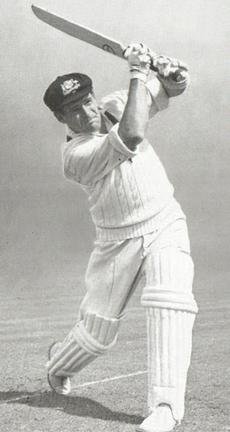 Norman O’Neill was one of the greatest entertainers we’ve had in Australian cricket.” Alan Davidson, who batted with O’Neill for part of his innings in Brisbane, said he was exhilarating to watch. “He was dynamite. He’d like to play attacking shots off balls that other people could only think of defending,” Davidson said, “His shots off the back foot down the ground off fast bowlers, you can’t really describe how good they were.”

For all his remarkable talent, O’Neill suffered badly from nerves, which made him vulnerable early in his innings and sometimes counted against him at the selection table. “We used to tell him: Those blokes out there are more scared of you than you are of them’, but it didn’t make any difference,” Davidson recalled. O’Neill made his debut for New South Wales as an 18-year-old and was 21 when he first pulled on the baggy green cap against England in Brisbane in 1958.

Cricket Australia chairman Creagh O’Connor said O’Neill was a great sportsman and an entertaining cricketer. “I had the good fortune to see his last Test century, an even 100 against England in the fourth Test of the 1962-63 series, and remember him as the type of player who, at his best, won the hearts of the public through the way he played,” O’Connor said in a statement.

He was great to watch when he was batting but he was also a magnificent fielder in the covers.” In naming him one of its five cricketers of the year in 1962, Wisden commented: “To be true, high class innings by O’Neill is a thing of masterful beauty. His stroking is delectable, immense in its power. “But O’Neill has often got himself into a rut. He is a bad beginner.

Norman O’Neill seems to come to the middle as if he has been fretting in the dressing-room, worrying about the future.” Davidson was very sad to lose his old team-mate. “He was as handsome as any film star,” Davidson said. “He had a charisma yet at the same time he was the most modest, humble bloke you could ever run into. “When you lose a team-mate, it’s not easy.

At least we had the pleasure of him.” O’Neill died after a long battle with throat cancer. He is survived by his wife Gwen and son Mark, who played 76 first-class matches for NSW and Western Australia.

M.L Jaisimha – First Batsman Who Batted On All Five Days...