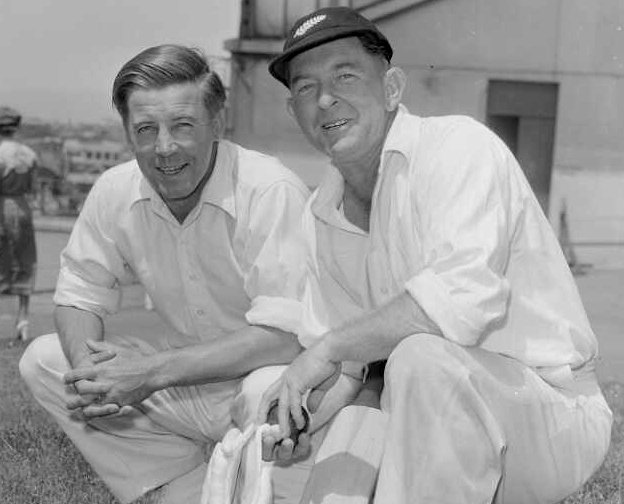 Merv Wallace should have been one of the greatest names in New Zealand’s cricket history. That he wasn’t largely because of the whims of selectors. Considered by many contemporaries to be one of the best New Zealand batsmen of his generation. He scored all round the wicket, although his cover-driving was particularly notable. His nickname was Flip by teammates.

The only two batsmen were Donald Bradman and Glen Turner cross the one thousand runs before May end. In 1937 he scored a pair of fifties on his debut at Lord’s, but after that tour, he was robbed of his best years by the war, and by the time New Zealand’s international cricket resumed he was past his best.

During his first-class career of 121 games, he finished with a much more indicative example of his worth with a first-class average of 44.32. And just what might have been had the Second World War not broken out in 1939 was obvious from his highest score of 211 recorded in the summer of 1939-40. But his greater legacy should have been as a coach and thinker in the game.

He had the all-too-rare ability to communicate technical cricket matters in a way that was effective and simple. But he was rarely called upon; his abilities wasted at a time when New Zealand could least afford to ignore them. Given the impact, he made in 1956 when he called in to assist as a coach for a New Zealand team ravaged by a demanding tour of India and Pakistan and facing the West Indies at home.

Moreover, Wallace did enough to have been the New Zealand coach from 1956 until 1970. New Zealand won its first Test in the last Test of that 1956 series, had a good showing against an Australian 2nd XI a year later, and then Wallace was not reappointed. The most under-rated cricketer to have worn the silver fern. That was former New Zealand captain John Reid’s assessment of Wallace.

Mr Devotor - January 27, 2022
0
In a long-suffering race—wicketkeepers— Rodney Marsh is the one whose activities have most in common with a railway-siding buffer and a box-kite. At the...