Cricket Thrills
Home Teams England INDIA vs ENGLAND – When is a Stand not a Partnership? 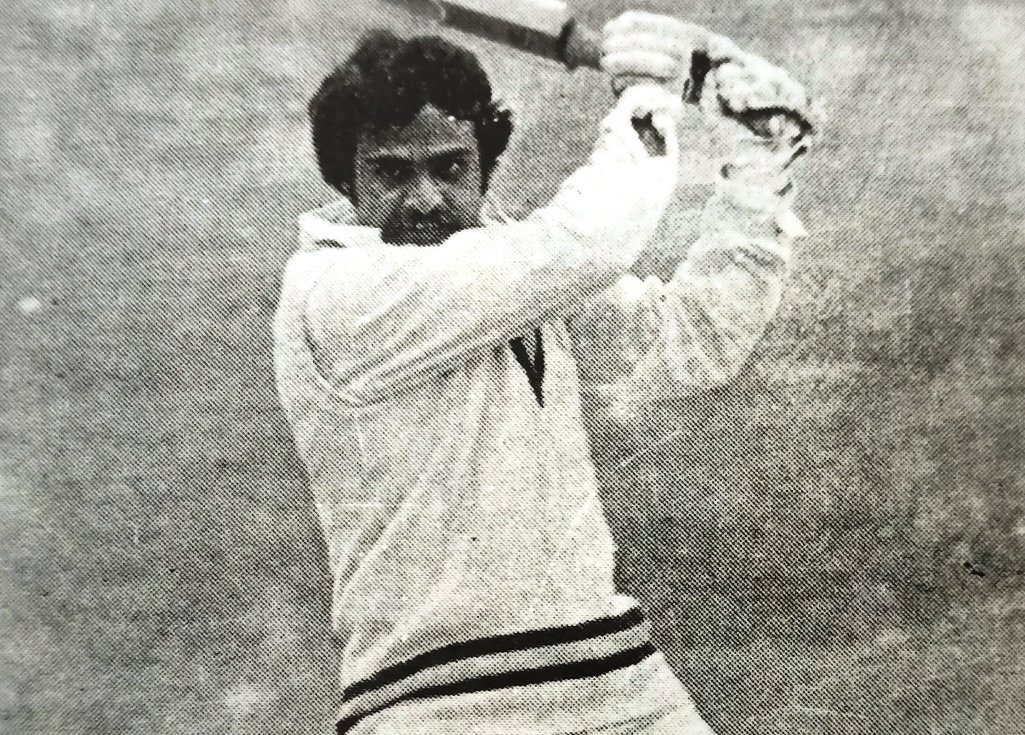 This is the match report of the Fifth Test between India vs England at Chidambaram Stadium at Madras Jan, 13, 14, 15, 17, 18, 1983. This was a Test of records, and inevitably a draw, to make four in a row. But for the first Test in Bombay, which India won in controversial circumstances. The series could well be a repeat of 1963-64 when Mike Smith and ‘Tiger’ Pataudi just forgot about the spectators. In that series, all five Tests were drawn. Indian spectators are undeniably the most patient crowd in the world.

Keith Fletcher gambled, first by opting to play as many as four quick bowlers, and second, by putting India in after he had won the toss for the fourth time in a row. This was certainly an aggressive gesture on his part, and most welcome. He has had a hard tour in many ways. And the departure home of his most reliable batsman, Geoffrey Boycott, amidst rumors of discord and dissension, could not have left the captain in a very good mood.

Had England taken their catches on an opening day, when the pitch in the first session provided lift and movement, they certainly would have established a firm grip over the Test. But that was not to be. Sunil Gavaskar, who went on to make 25 and stick it out during the most critical period for his team. He was dropped on 8, Tavaré muffing a sitter at first slip off the unlucky P.J.W Allott. Roy fell soon after to Dilley, but D.B. Vengsarkar, 2, was dropped by Gooch at third slip, P.J.W Allott suffering again.

Then when Viswanath came in after Gavaskar’s exit with the score of 51, he has dropped the first ball he received from Bob Willis. True, it was not an easy catch, but Mike Gatting at forwarding short leg did not react fast enough. Viswanath was forced to jump and defend — there was no aggressive stroke to make Mike Gatting take evasive action.

India could well have been 51 for 4 or even worse placed. Instead, Vengsarkar made a forceful 71, while Viswanath went on to a career-best 222, equaling an Indian record of 31 boundaries held by Budhi Kunderan. The effort was the highest by an Indian against England, beating Gavaskar’s 221 at The Oval in 1979.

To make things even more frustrating for England, Yashpal Sharma, brought back into the Test side, made his career-best, a resounding 140. He was dropped too — when 21. This time Ian Botham was the suffering bowler. Keith Fletcher at third slip did not stretch enough.

Again, Viswanath, when 141 out of 310, was dropped by Tavaré at first slip (another simple one). However, Allott, playing in only his second Test, must have been left wondering if there is anything called justice in this game. Tavaré has been a disappointment as a catcher on this tour, and especially for a man who is regarded as being the safest in all England.

The pitch eased out gradually, though there were indications that by the fourth day it would favor spin. England had good reason to fear this, for they had gone into the Test with only Underwood. As the one way for England to get a wicket: A. Malhotra run out as the game grinds to a draw.

Gundappa Vishwanath, on his way to a new Indian record score against England, turns Botham for four-Test progressed. It was clear that Gavaskar was regretting he had left out off-spinner Gopal Sharma, for the left-arm spin attack of Duleep Doshi and Ravi Shastri was insufficient.

D.B. Vengsarkar – G.R. Viswanath – Yashpal Sharma was involved in seeing as many as 415 runs added for the third wicket. Since a wicket did not fall as these runs were accumulated, there was a contention that it be accepted as an all-time world test record, beating the 370 between Denis Compton and Edrich against South Africa at Lord’s in 1947. But it is difficult to accept that three people can be involved in the creation of a record.

Gandappa Viswanath and Yashpal Sharma together put on 316, which, if not a world record, is certainly a long way ahead of India’s best against any country. Polly Umrigar and Vijay Manjrekar had 238 runs partnership against New Zealand in 1955-56. The best against England for this wicket by an Indian pair (211) was held jointly by Merchant and Hazare in 1951-52 and then Hazare and Vinoo Mankad in (1952).

The efforts of Willis, who bowled with fire, and Allott, who was accurate, were in vain, as India finished with 481 for 4 declared after having occupied the crease for five minutes short of 13 hours. It was clear from this point that only one team could win the Test.

England’s first task was to avoid the follow-on, for which 282 runs were needed. By the close on the third day, England seemed assured of getting to safety as big Graham Gooch reeled off a magnificent unbeaten 117 out of 144 for no loss. Kapil Dev was simply beaten off by Gooch’s onslaught. There was no doubt in anybody’s mind, Indian or British, that the Essex man played the best innings of the match. Yet he too had luck, being dropped at slip by Kapil when 81 (off Shastri) and 108 (off Doshi).

England started the penultimate day needing another 138 to make India bat and kill the Test. But there was a massive struggle against Doshi and Shastri. Graham Gooch fell early, caught-and-bowled by Ravi Shastri as the batsman attempted to hit the onside.

He beautifully struck 20 boundaries in what was the fastest century of the series an unforgettable effort. Keith Fletcher was beaten and bowled by one that turned square from Doshi. C.J. Tavaré fell after lunch, caught at slip by Gavaskar off Doshi for 35, the result of a stay of just over 5 hours. Geoffery Boycott would have been proud of him.

When Ian Botham joined David Gower, England needed another 87 to be safe. The two, natural stroke makers, put up a most determined, almost defensive, front as they worked very hard against the spinners. Gower’s concentration once lapsed when he was 14. Gavaskar at backward short leg let slip an easy one. Kapil Dev was then bowling with the old ball. Gower flicked but survived. That was it. The let-off made the left-hander doubly cautious.

Gower fell at 279 for 64, but by then England was out of danger. He batted for a shade over 32 hours and hit nine boundaries, his fourth-wicket partnership with Botham worth an invaluable 84. Mike Gatting got a beast of a decision when not even Viswanath, the ‘catcher’ at first slip, appealed and the batsman glared his dissatisfaction at the new umpire, Bhairab Ganguli.

Ian Botham fell in the last over of the day to Shastri for 52 (207 minutes and seven boundaries), but he had done a great job for his side. England was safe unless Gavaskar challenged them on the last day with an adventurous and risky declaration.

England, overnight 307 for 6, were bowled out for 328, but the tail lasted an hour and a half to prevent Gavaskar from making any sort of gesture. There were some who thought he could have asked his batsmen to go for it and set England a fourth-innings target of 220 in 2 hours. But with a lead in the series, Gavaskar was in no mood to gamble. Pronob Roy, son of former Test opening batsman Pankaj, captain of India at Lord’s 1959, helped himself to an unbeaten 60 while Ashok Malhotra (31) showed that he too had come to stay in the side.

Gavaskar did not attack enough when his spinners had England on the run. But even then it was clear that Doshi and Shastri were not equipped to spin England out. The former, despite his experience, bowled too far outside leg stump in an at- tempt to hit the rough and allowed himself to be padded away. India missed the great quartet of spinners a few years ago.

It was, however, a more interesting Test than the three before. Fletcher and Gavaskar could each think back on how they might have won it — with a little luck. At the end of the Test Fletcher expressed his disappointment with Botham’s bowling. There can be no denying the fact that had he bowled well, the captain’s gamble of putting India in first would have paid off.

Chris Tavaré after his Madras marathon

“I don’t actually enjoy Test cricket that much, but it gave me a lot of satisfaction to stay in all that time”.

Mr Devotor - April 13, 2020
0
Can anyone be as ubiquitous as Curtly Ambrose? Over the decade of nonstop cricket had failed to change him. He was miserly as he...

Wasim and Waqar – One Great Picture to Cherish