Saeed Anwar said he never imagined that he could play for so long after disasters start to get pair on his debut. I went down in disappointment and I feel I will never play for Pakistan. I never thought I would come this far. But Allah has been kind to me. I was end to my glorious chapter in Pakistan cricket came to an end in 2003 after the world cup.

The stylish left-handed an opening batsman who was enthralled millions of fans during his 15 years of international cricket. Saeed Anwar was sidelined after the Cricket World Cup 2003 despite emerging from the competition as the country’s most successful batsman.

He retired at the right time and never came back and I, too, intend to do that. He emphasized that he had retired from all cricket, “No cricket for me at any level unless it’s a charity match for which I get paid well,” he said in a lighter vein. Looking fit and fresh, the bearded Saeed said he had enjoyed every moment of his career and was grateful that he ended his career without too many controversies. 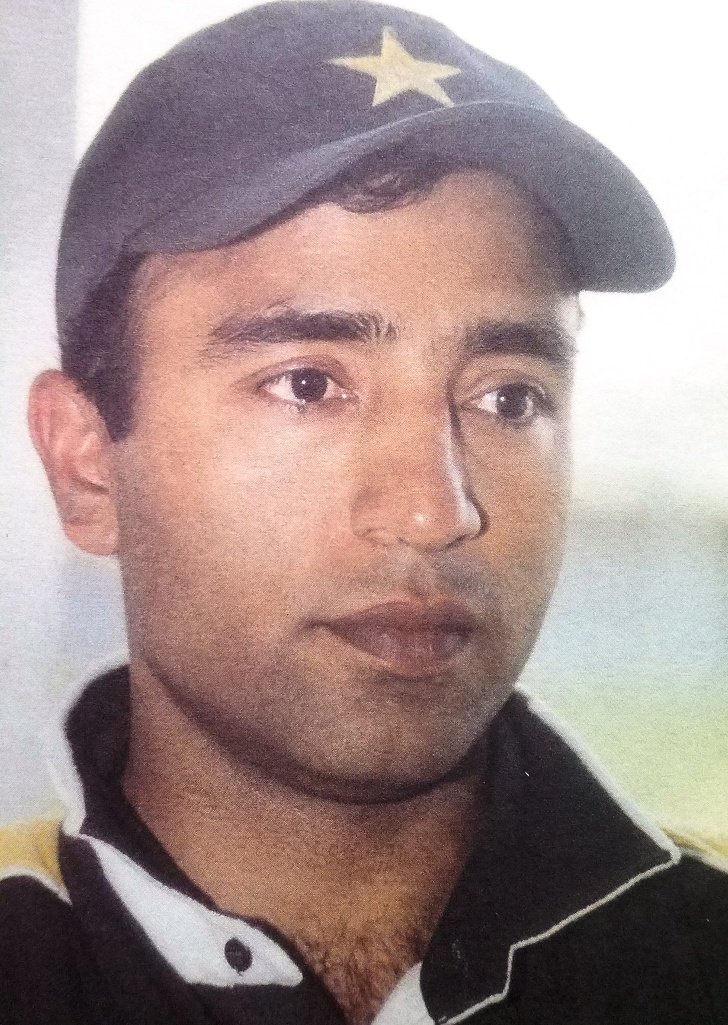 I’m very happy I had nobody hooting me. I’m grateful to the media for never publishing anything controversial about me. Even when I was playing the World Cup, strangers called me up while performing Hajj saying they were praying for my success.

What more could I ask for? The only regret I have is taking part in the rebellion against Wasim Akram captaincy in 1994 when Pakistan tour to New Zealand. Another deep regret that the Justice Malik Qayyum match-fixing inquiry commission fined me three years ago though it found no evidence of my involvement in match-fixing scandals.”

Saeed Anwar was one of among five Pakistan players who were fined by the commission for not cooperating in match-fixing reports. In 2003, at the time of retirement, the 35-year-old ended his vibrant cricket career with 4,052 runs at a world-class average of 45.52 in 55 Tests and 8,823 runs averaging 39.21, in 247 One-day Internationals.

Saeed Anwar was a super driver of the ball; he made 11 hundred in Tests and 20 in one-dayers. He also holds the record for the highest individual score in a One-day International – 194 against India in Chennai in 1997. Later on, it was beaten by many others. The current record is held with Indian Rohit Sharma. 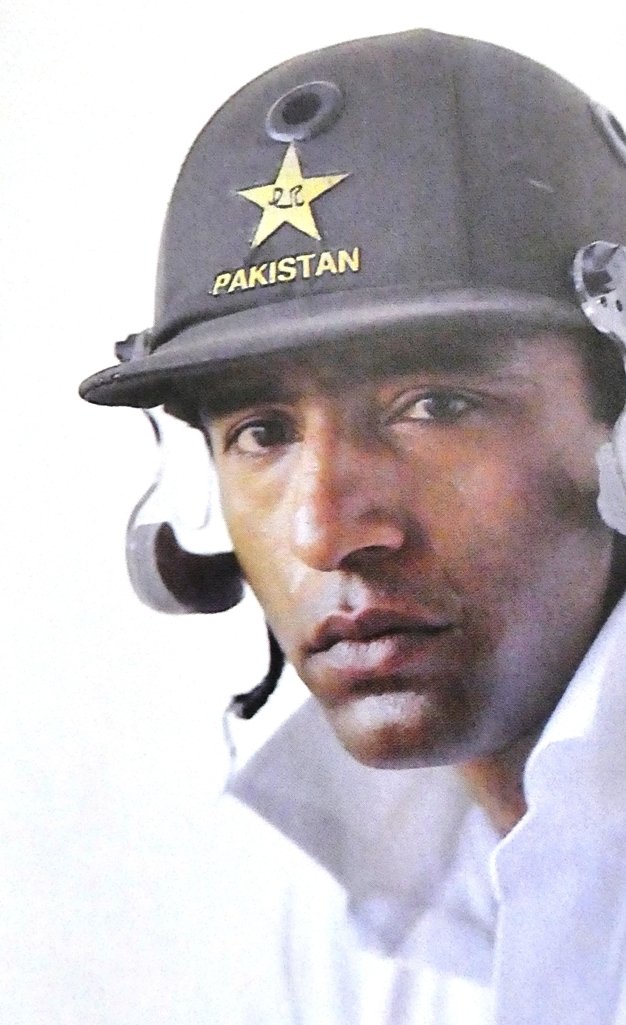 Despite struggling increasingly with long-term knee problems, Saeed was the only Pakistan batsman to score a hundred at the World Cup, making 103 in the defeat to India. Saeed, who forged a fine opening partnership with Aamer Sohail, became a devout Muslim after the death of his daughter in August 2001.

He had words of praise for Sohail, saying he was a fine attacking player who under-stood the game and took pride in playing for Pakistan. Moreover, he said, I knew personally how well Wasim Akram, Waqar Younis, Inzamam-ul-Haq, Rashid Latif, Moin Khan, and Muhammad Yousaf, how they had served Pakistan. I had seen them and play only 20 percent fit on the request of the coach and manager and I’m glad that I had delivered.

I was lucky to start my career under Imran Khan Captaincy, who boosted younger players and made him feel special. Hence I was fortunate to be playing when Pakistan had two world-class bowlers in the shape of Wasim Akram and Waqar Younis. Saeed had started his Test career inauspiciously, with a pair on debut against the powerful bowling attack of West Indies in 1989 at Faisalabad.

So, after 12 years, his last Test innings, however, provided the perfect send-off – a century against Bangladesh in Multan in August 2001. In the same match, five Pakistani batsmen equal the world record of five hundred in an innings. Shoaib Malik also made his Test debut in this match. Pakistan won the match by an innings and 264 runs. 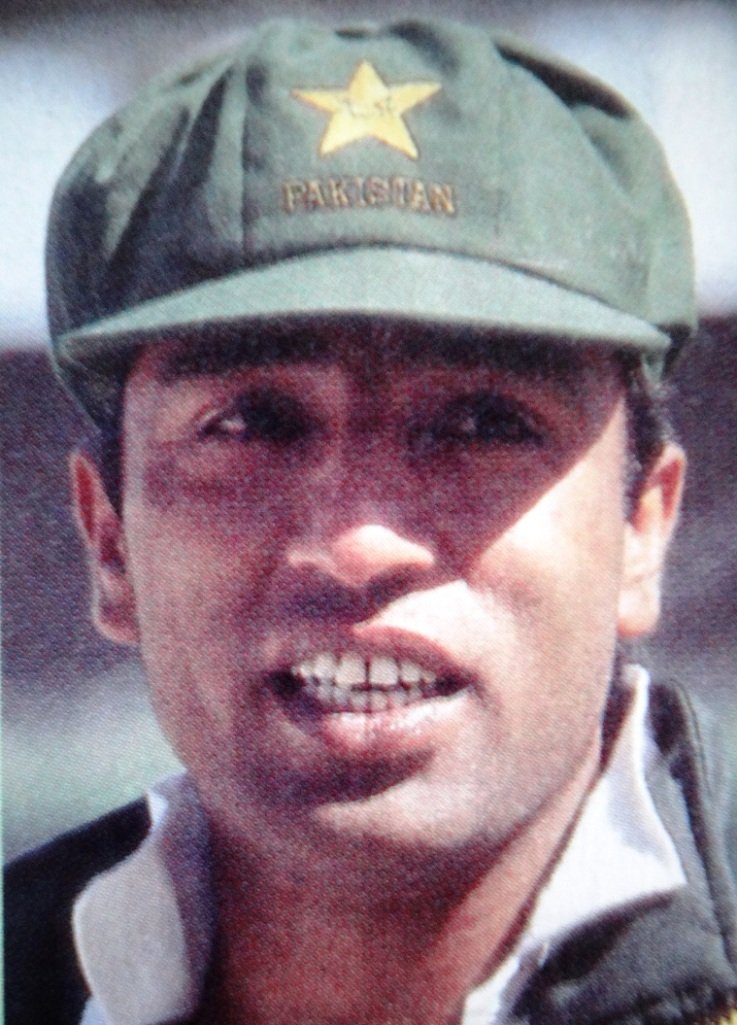 He described his hundred against India in an Asian Test Championship match in Kolkata in 1999 as his most memorable innings, adding he had particularly enjoyed his battles with Australians Glenn McGrath and Shane Warne. “When you are in form you can play any bowler. But these two bowlers were very aggressive and competitive. I’m glad I really played both very well in both forms of cricket. Saeed Anwar opting to take a little break from the cricket after the heartbreaking death of his daughter in August 2001.

Saeed was a lesser force when he came back, though he still managed a super hundred against arch-rival India in the 2003 World Cup. Saeed said, I literally enjoyed the challenge of scoring runs against India.  I never imagined I could play for so long after getting a pair on his debut. I never thought I would come this far. But Allah has been so kind to me, and I played more than a decade with pride.

According to Cricket most prestigious Wisden’s “Saeed Anwar was majestic timer and placement was Anwar’s hallmarks. He was super capable of electrifying starts in all crickets through graceful stroke play rather than brute force. He loved driving through the off side with minimal footwork. Saeed has the ability to annihilate any bowler offering width outside off stump. Although he too regularly guided the ball straight into the hands of fourth slip or gully.

He first came to prominence as a one-day player but soon achieved equal success in Test cricket. Although Saeed Anwar fielding was weak, because of injury prone, and his footwork became less assured as his career drew to a close. Opting to take a break from the game after the death of his daughter in August 2001, he was a lesser force when he came back, though he still managed a hundred against India in the 2003 World Cup. 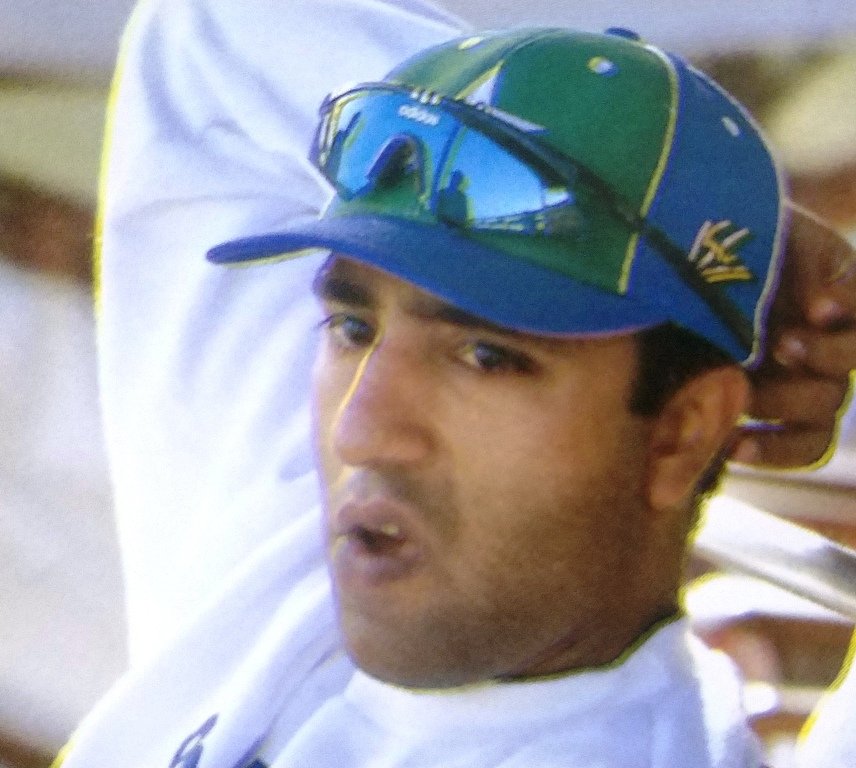 His batting prowess on the wane, Anwar finally announced his retirement just before Pakistan’s home series against Bangladesh. The record for the highest score in one-day cricket was a daunting challenge for modern cricketers. On his day he was one of the most gracefully compelling players on the international stage Saeed as gifted as Tendulkar, Mark Waugh, and Brian Lara. Imran Khan the former Pakistan greats paid glowing tributes to record-breaking opener Saeed Anwar.

He was saying, that he savored and served cricket to the hilt and will never be forgotten. The dashing opener savored and served cricket and was as gifted a batsman as India’s Sachin Tendulkar and West Indian Brian Lara,” former Pakistan captain Imran Khan said. Saeed, retired from cricket saying he enjoyed the 15-year a stint at the top. I place him in the same bracket as Tendulkar and Lara because he was the best timer of the ball of his era. He was simply an awesome timer of the cricket ball.

But Saeed did not have the hunger for runs of a Tendulkar and Lara,” said Imran for whom Saeed made his debut in 1990-91. One of his fellow opener Ramiz Raja called Anwar a terrific player. Saeed was a terrific player and to me, he was the most naturally gifted player of our era and came after a long way after scoring two zero’s in his first Test. 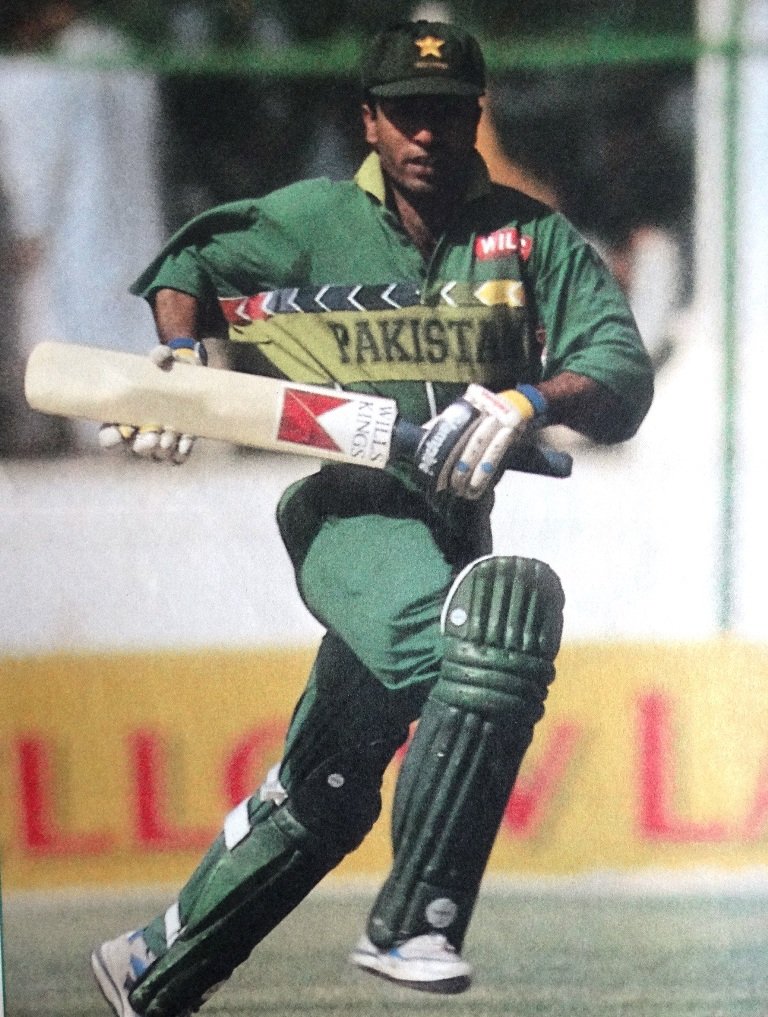 Another fellow left-handed opener, the Aamer Sohail said, Saeed Anwar, will never be forgotten. However, he has retired but his achievements and records will never be forgotten. He is truly majestic on his day. Former Pakistan captain Intikhab Alam said Saeed deserved a better farewell. “Saeed was a wonderful player and deserved a better farewell and not the way he was forced to call it a day,” said Alam.

Pakistan’s former captain Rashid Latif called Saeed the Sir Vivian Richards of the era’. After West Indian great Viv Richards I never saw a better, aggressive one-day player batsman than Saeed Anwar. I played street cricket, club cricket, and international cricket with Saeed and knew that he was truly destined for greatness and I wish him all the best, said Rashid Latif.

Moreover, Saeed Anwar said, I would be eager to do something on these lines if the Board constitutes a proper coaching panel which should include players like Wasim Akram, myself, Waqar Younis to do permanent work at the academies” Pakistan Cricket Board Chairman Lt General Taugir Zia said his Board would pay Saeed the richest of tributes. “Players like Saeed are born once in a lifetime,” Tauqir Zia said. 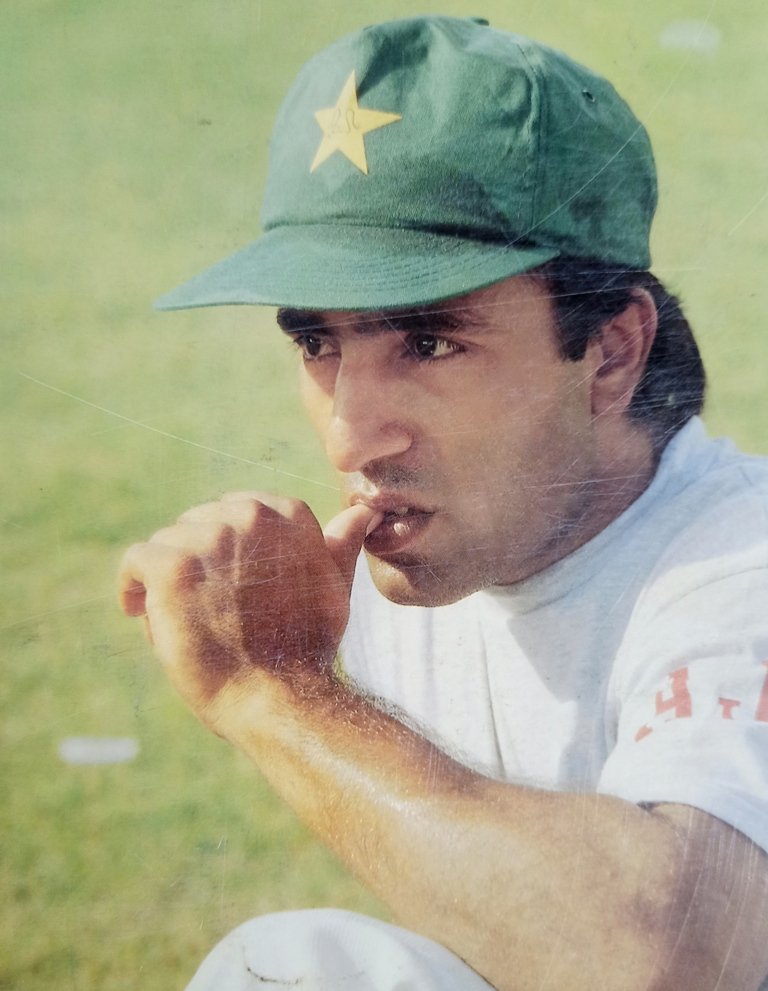 PCB plan befitting farewell for Saeed Anwar would be given a befitting farewell in the season and that there was always a place for him if he wanted to take up coaching assignments. Sources confirmed that Tauqir Zia had called up Saeed and inquired about his retirement. “Tauqir Zia told Saeed that the board was extremely sad to see him retire and would organize a befitting reception in the season to pay tribute to his contribution to Pakistan cricket.

Tauqir Zia also assured him that if he wanted to remain linked with the sport, the Pakistan Cricket Board would be pleased to offer him coaching assignments. Saeed, however, made it clear that while he would like to work as a batting coach at the National Cricket Academy in Lahore and assist groom young openers. However, I would like to do this independently and without interference from anyone.

I would be willing to do something on these lines if the Board constitutes a proper coaching panel which should include players like Wasim Akram, I, Waqar Younis to do permanent work at the academies. Saeed had no doubt that the Board should use the experience and talent of the senior players to groom new players in a systematic manner.

You can’t find better bowling coaches than Wasim Akram or Waqar Younis. Both are wonderful bowlers. To me Wasim Akram is the complete bowler compared to any other bowler. Saeed said he was also open to any good television commentary offers. In the past, Star Sports had made some offers but due to my other commitments, I could not accept the offer. But now after retirement, I intend to start some business and keep in touch with cricket through coaching and commentary assignments. I would love to pass my experience to the youngster. 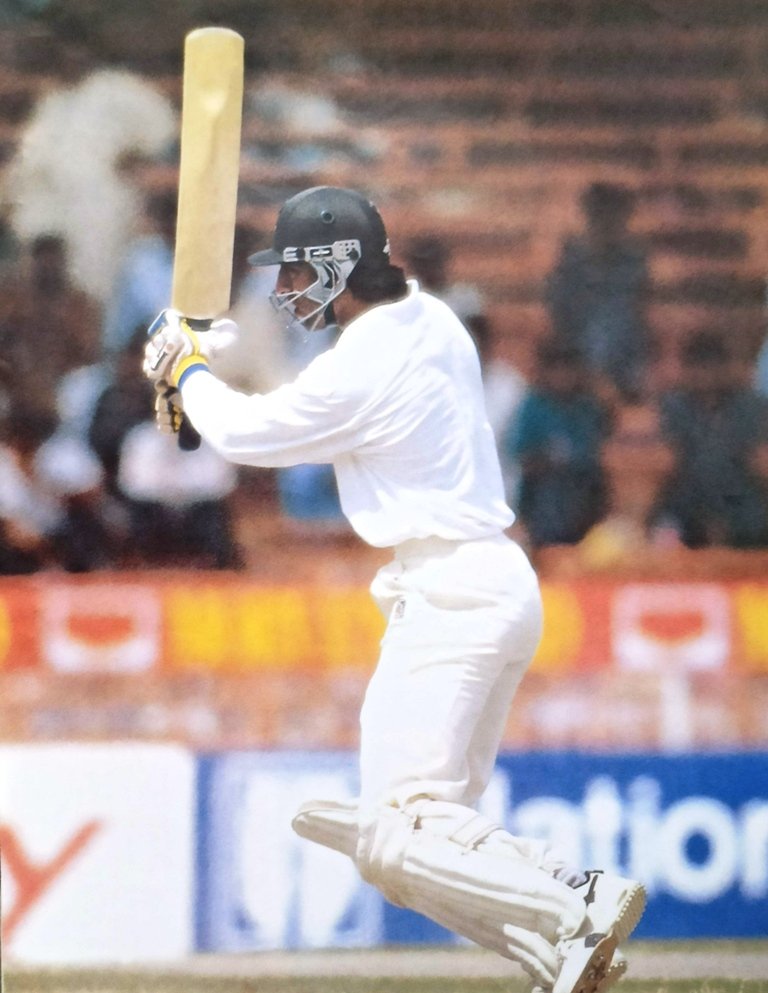 Saeed held a press conference to announce that he had decided to call it a day. This is a rare happening in Pakistan where the rule for players is to either fade out or be forced out. I didn’t want to follow that example. I want to go out with pride and respect. I felt, this is the right time to go out when people feel I can play for one or two more years,” Saeed Anwar said.

He minced no words in stating that the selectors’ decision to ignore him had left him disheartened. “No cricketer likes to leave the game, which he served from his ambitions. It’s extremely hard to live without the distinction and fortune. But in my heart, I am convinced I have done the right thing. Yes, I do feel I could have played more for a few years, but Allah had destined me to play just that much. He said there was no chance of him making a comeback if called by the selectors.

When I start my cricket, I have always followed Imran Khan as my idol player. Because he was so authoritative in the game, as he was a wonderful captain. He has fantastic charisma. I just love the way he serves Pakistan.  He won 27 Man of the Match awards, and every time Pakistan won the match. This article was written in 2003 in a daily newspaper. Saeed Anwar on Wikipedia.

Saeed Anwar List of Man of the Match Awards 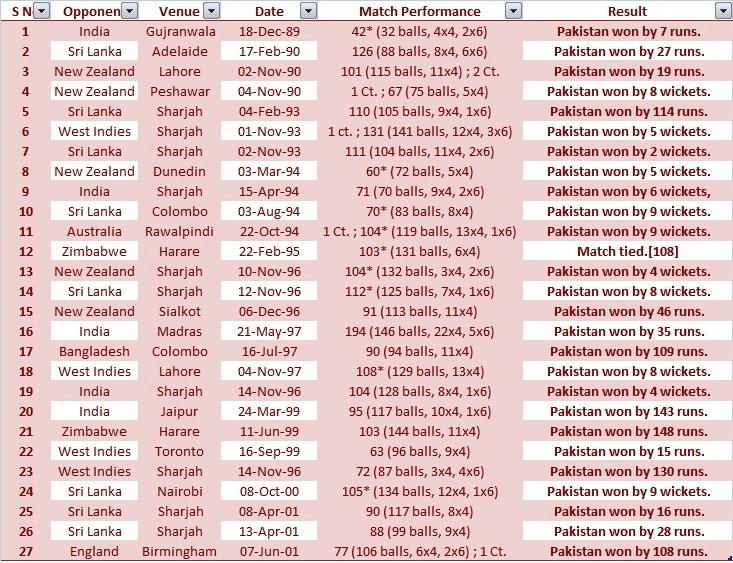 Mr Devotor - April 15, 2022
0
Shane Warne was born on 13 September 1969 at Ferntree Gully, Victoria. He was an Australian cricketer, commentator, and captained Australia in ODI. Australian...

Passion for Game – The Cricket Cult