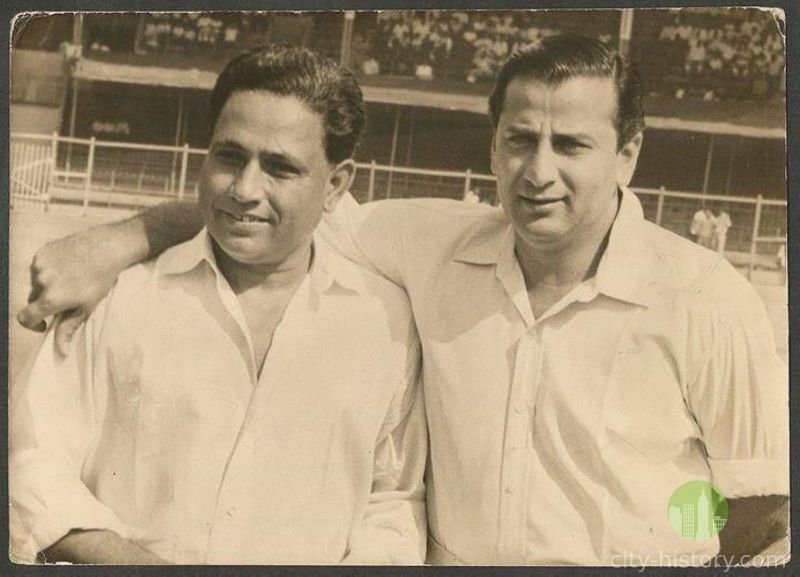 Lala Amarnath was the original rebel of Indian cricket who became its grand old man, writes Haresh Pandya. He scored brilliant centuries bowled, kept wicket, and field in a manner that belied his build. Lala Amarnath played for India in 24 Tests matches between 1933 till 1952. He led his country against Australia in 1947-48 and West Indies in 1948-49 and, at the advanced age of 41, against Pakistan in 1952-53, a series which India won by two games to one.

Off the pitch, he was involved in countless scraps with officialdom and was famously sent home from the 1936 tour of England for indiscipline, even though he was heading the batting average with an aggregate of 613 runs and the bowling with 32 wickets at 20.78 runs apiece.

Amarnath his nickname was Lala meant “lion”, was also the most outspoken player of his time and remained brutally candid in his broadcasts and writing, long after his playing days were over. He was a right-handed batsman in the classical mold. In 1933, he scored the first-ever Test century of any Indian player on his debut against Douglas Jardine’s England side at Bombay.

As he came off, with 118 runs, women cascaded his with jewelry. Later a millionaire presented with £800 while another gave him a car. Some thought the 1936 sending home would end his career with India. It did not. In 1946, he toured England with the team captained by the Nawab of Pataudi. India fared badly against Australia in 1947-48, but Amarnath impressed their captain, Don Bradman with his artistic, oriental batsman ship.

We knew Amarnath to be a brilliant run gutter, said Australian. Those who have, his innings of 228 not out against Victoria rate is among the best ever seen on the Melbourne Cricket Ground. Bradman recalled the season as one of his most pleasant cricket years.

Lala Amarnath was born in Kapurthala in the Punjab province of India. Amarnath started as a wicketkeeper while still a student at Aligarh University. Later he demonstrated that he had not forgotten his trade when Probir Sen was injured.  He held five catches in the first Bombay Test of the 1948-49 series against the West Indies. Lala Amarnath was the only bowler to get the great Sir Donald Bradman hit wicket.

As a bowler too, Amarnath was out of the ordinary. He appeared to deliver the ball off the wrong foot. Sharp in swingers mixed with leg cutters, brought him close to a hat trick in the Lord’s Test in 1946 when he dismissed Len Hutton and Denis Compton and finished with Cyril Washbrook and Wally Hammond for figures of five for 118 from 57 overs.

At the end of that tour, Raymond Robertson Glasgow wrote; My chief memory is not of our own players, fine as they were often, but of Amarnath baffling the best England batsman with his subtleties of swerving. In a first-class match against Patiala at Bombay in 1958-59, Amarnath bowled so beautifully that his dream figures read 7-7-0-4.

Amarnath Test career, he scored 878 runs at 24.38, including a century, and claimed 45 wickets at 32.91. In his first-class career, he scored 10,323 runs at 41.62 including 31 hundred, and took 457 wickets at 22.93. Amarnath later served as manager, selector, and chairman of India selectors. His assessment of Australian weakness against off-spin bowling on a turning track was the telling factor in India’s historic triumph at Kanpur in 1959.

Crucially, he insisted on the inclusion of the otherwise forgotten Jasu Patel, and his instructions to captain G S Ramcand to bowl the off-spinner from the pavilion end to exploit the rough made by fast bowlers Alan Davidson in his follow-through did much to engineer the batting collapse. 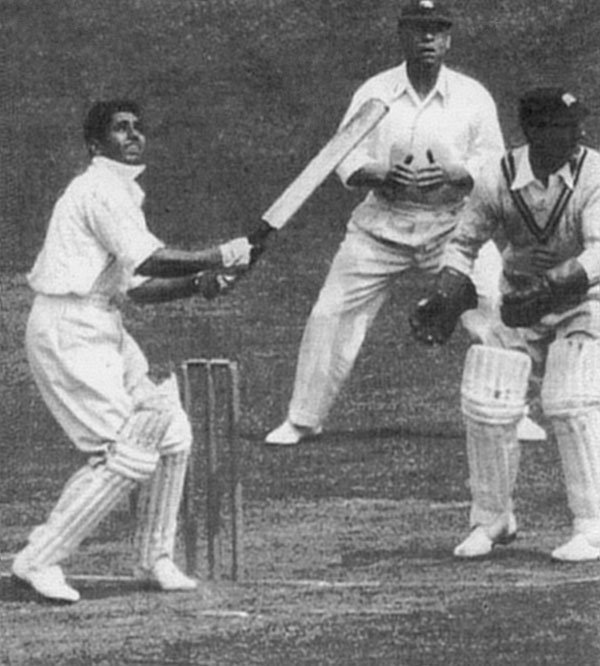 Lala Amarnath sons, Surinder, Mohinder, and Rajinder all played first-class cricket. However, Surinder and Mohinder also represented their country. Although both suffered for their father’s reputation. The selectors Mohinder observed either did not like his face or his surname. In his old age, Amarnath entertained journalists covering Test matches at Delhi and Kanpur with his fund of cricketing stories. He always kept his head high, and age could not diminish his swagger or temper his provocative nature. As once Don Bradman said, half a century ago, he was a splendid ambassador for the Indian Cricket and the Indian nation.

Nanik Bhardwaj – Lala Amarnath is survived by three sons and two daughters. He was born on September 11, 1911. He died a month before his 89th birthday. Amarnath was confined to bed for the month after surgery to repair a hip fracture.

Surinder Amarnath, a stylish left-hander, emulated his father by scoring a century on debut against New Zealand at Auckland in 1976. Mohinder Amarnath served India with distinction for several years and was voted the man of the tournament when Kapil Dev’s team won the World Cup in 1983.

The youngest son, Rajinder Amarnath was a first-class cricketer. He said my father was my friend, philosopher, and guide. I don’t think anyone of us would have succeeded in cricket if he had not been around to guide us. Lala Amarnath died at the age of 88 on August 5, 2000, in New Delhi.

The Art of Reverse Swing Bowling