Morappakkam Gopalan had once been the world’s oldest surviving cricketer finally died in Madras on December 21, 2004.  As per official record date of Birth of Morappakkam Gopalan June 6, 1909, making them 94. But he said in an interview in 2002, that his school had made a mistake and listed him as three years younger than his true age and the date had stuck.

His family sources also said he was born in 1906 making him 97. He took one wicket and scored 18 runs in his only Test appearance for India. He had a chance to play a Test match against England at Calcutta in the 1933-34 series. The tall and softy spoke Morappakkam Gopalan also played hockey for India, turned down the chance of Olympics glory as the center half of the gold medal-winning team in the 1936 Berlin Olympics.

He opted to go on the cricket tour of England. His decision ended in a disappointment as the pace bowler never got a chance to play a Test on this tour. His cricketing talent was discovered by C. P. Johnstone, a founding fathers of Madras cricket. Gopalan owed his fame in local circles mostly to his performances here. 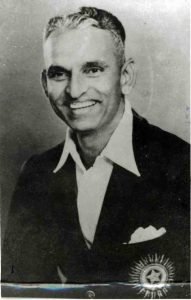 Morappakam Josyam Gopalan was more successful in first-class cricket as he took 194 wickets as a fast bowler and compiled 2,916 runs in 78 matches. He will also be remembered as the man who sent down the first ball in India’s national cricket competition for the Ranji Trophy when it was inaugurated in 1934-35.

Being a double international is an exclusive honor. He was one of the few to have achieved this feat, having represented India in both Cricket and Hockey. After making a Test debut against England at Calcutta in 1933-34, he was a splendid center half. However, he was chosen as a member of the Indian Hockey Tea under the captaincy of Dhyan Chand for the tour of New Zealand where he acquitted himself creditably.

He was strongly built medium pacer and a hard-hitting middle-order batsman. As a medium-pacer, he has the ability to move the ball both ways. Once in his first-class match crowd barracked him as he was wicketless till lunch. However, he went to pick five wickets in both innings.

Morappakkam Gopalan was faced with a difficult choice in 1936 when he was picked for both the Cricket tour of England and for the hockey team to participate in the Berlin Olympics. He opted for cricket arguably an unwise move. Whereas, he was very much assured of a gold medal in the Berlin Olympics. It was an unhappy trip to England.

He had only modest success in the limited opportunities on the tour. He was marred by unsavory controversies and some eccentric captaincy from the Maharajah of Vizianagram. One of his most memorable batting performances against West Indies with a fine innings’ was 64 runs in 1949 which featured some thrilling driving. His tower of strength to his state for about 25 years with his all-around skills.

Morappakkam Gopalan bowled the first delivery in the Ranji Trophy at Madras against Mysore in November 1934. He also captained the side for several years. In the late fifties and early sixties, he served as a South Zone representative in the national selection committee. For about thirty years from 1the 960s to the late 1980s, Madras and Ceylon competed in the annual match for the Gopalan Trophy. One of the entrances gates of M. A. Chidambaram Stadium is associated with Gopalan.

Read About – Hiralal Gaekwad – One of Pillar of Holkar Cricket Team

Mr Devotor - November 21, 2021
0
Brian Statham was a modest man from a modest background who was a truly great fast bowler. Brian Statham, one of England’s great fast...

Chandu Sarwate – One of Longest First Class Career in...

Ken Cranston – A Tall and Lithe All Rounder